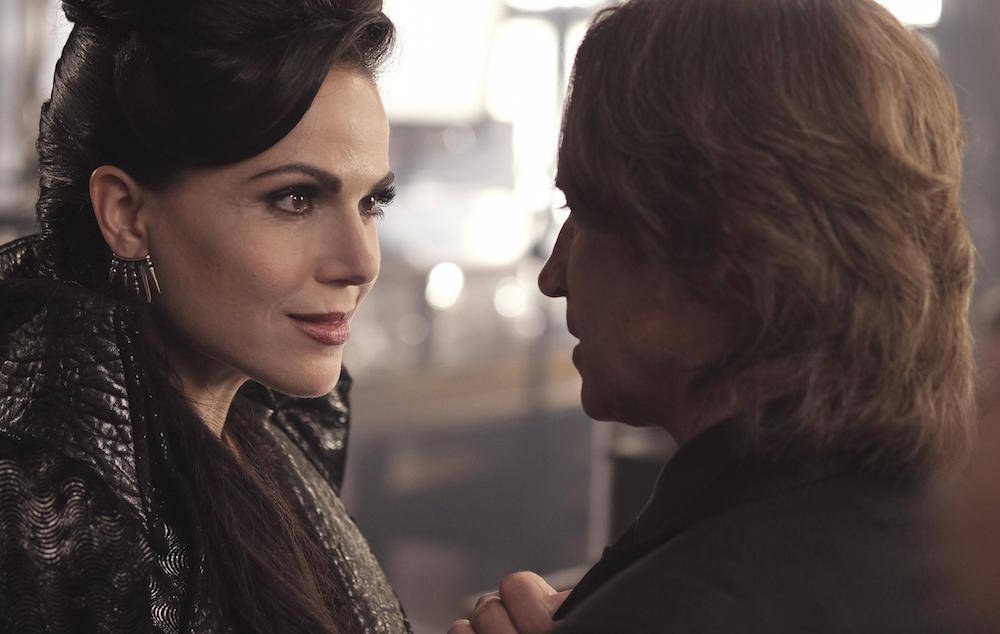 The episode opens with the Evil Queen (Lana Parrilla) and Zelena (Rebecca Mader), walking right into Regina's vault, which was only protected with blood magic and, therefore, doesn't stop either of them. The Queen seeks materials to teach Regina a lesson. "She can never escape who she really is."

Nearby, Regina makes her way to Granny's, where the refugees from the dirigible are waiting. She gives an inspiring speech about "facing what is next" together, while Snow White (Ginnifer Goodwin), Prince Charming (Josh Dallas), and the others help prepare housing and offer food to the newcomers. Belle (Emilie de Ravin) stops by, looking for a place to stay, and Hook (Colin O'Donoghue) offers to help her, too. The last Storybrooke newbie to drop by is the Count of Monte Cristo (Craig Horner), who leaves a letter with Henry, addressed to Snow and Charming. Regina tells the couple that long ago – as the Evil Queen – she hired him to kill them both.

Then, in a flashback, we are taken to a classical ball, hosted by the Count of Monte Cristo himself. He is introduced, and then he focuses the attendees' attention on one man, the Baron who locked him away in the dungeon ten years ago. The Count has since freed himself, rebuilt his fortune, and now seeks revenge – stabbing the Baron through the stomach. After the crowd flees, only the Evil Queen remains. She offers the Count a list of every person who has ever wronged him or his fiancée, for the sake of revenge, and in return she asks for help with revenge of her own.

The flashback continues with Snow and Charming discovering a ransacked village, with only one man remaining, who we recognize to be the Count. He introduces himself as Edmond, and they offer him a job back at their castle as their wine steward. He reports the success to the Evil Queen later, who gives him Agrabahn viper venom to poison their food. Then, Rumplestiltskin (Robert Carlyle) appears, reminding her that he put a protection spell on Snow and Charming to protect them from her. She put the same spell on the Count, to protect him from Rumple himself. 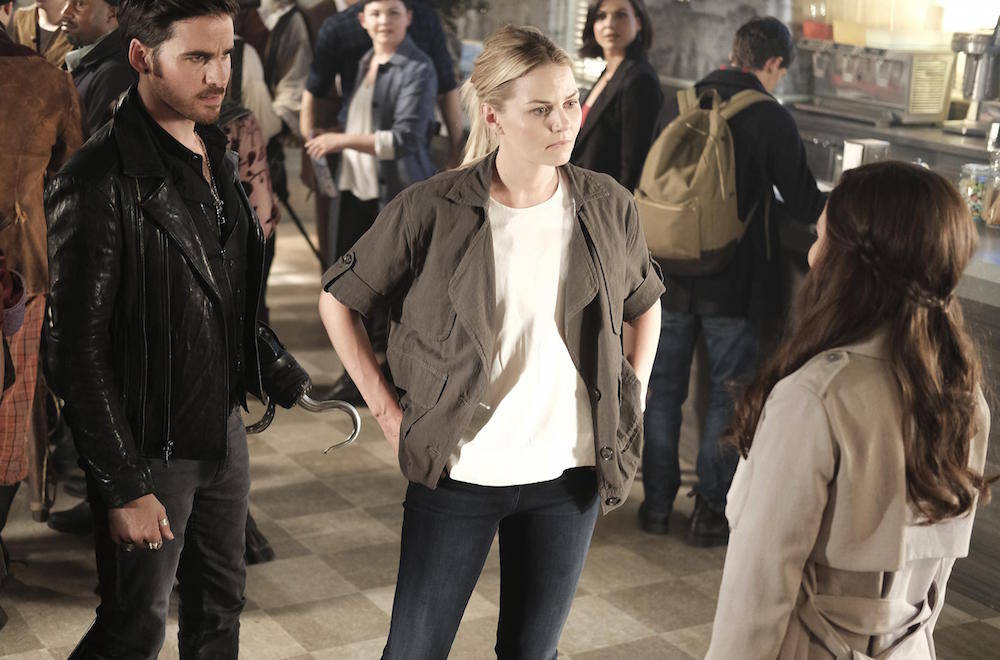 Back in Storybrooke, we find Emma seeking additional therapy from Archie (Raphael Sbarge), telling him all about the visions of her death that accompany her tremors. He suggests that she confide in her family, but she disagrees and leaves angrily. Later, Regina meets with the Count in Snow and Charming's place, but she fails to convince him that he can move on without revenge.

Meanwhile, Emma tries to drive Snow and Charming out of Storybrooke for their own safety but they find that the border has been shut with a protection spell. Only someone with access to Regina's vault could have performed the spell, and when Zelena declares that it wasn't her, Regina becomes suspicious. Elsewhere, Hook offers Belle a place to stay on the Jolly Roger, to make even for his past villainous deeds.

Next, the Evil Queen appears at Mr. Gold's shop, where she wants to make a deal with Rumple. She needs a specific coin from him, and he happily gives it to her. In exchange, she agrees not to harm Belle or his unborn son – regardless of what she does to Storybrooke and the others. She tries to seduce him before she leaves, saying that Belle will give up on him eventually, but he turns her down.

As the flashback continues, the Count of Monte Cristo puts the viper venom in Snow and Charming's jug of wine. He seems reluctant but continues to pour it. But then, he feels overwhelmingly guilty when Snow's handmaiden Charlotte joins them for a glass, and he prevents any of them from drinking the poisoned wine.

Rumple appears to the Count later, who admits that Charlotte reminds him of his fiancée. Since Rumple cannot kill him, he poisons Charlotte instead, though she is still alive. He convinces the Count to go to a different realm; as long as he stays there, Charlotte will not succumb to the poison. The Count agrees to the plan and takes Charlotte with him. 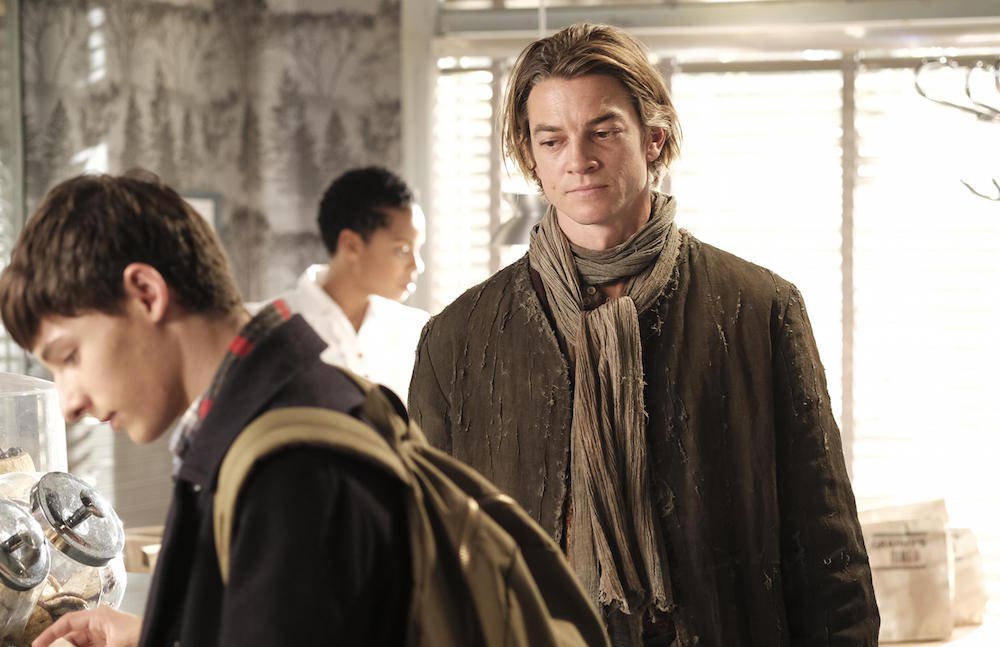 Back in the present, Regina and Henry find Charlotte's body in the woods. Regina reaches down to touch her but is shocked by an unknown force. Suddenly, to Regina's surprise, the Evil Queen herself appears. She had placed a magic-dampening spell on Charlotte's cloak, and now, Regina's magic is weakened. The Evil Queen reveals that she has the Count's heart, so no matter what he decides, he will be forced to kill Snow and Charming.

Then we see the Count approach Snow and Charming, sword in hand, and a fight begins. He tells them that the Evil Queen has his heart and wants him to kill them. They are about to lose the battle, having been knocked out, when Regina appears to save them. She explains mid-fight that, since the Count was taken from the realm where he agreed to stay, Charlotte has died. He simply cannot stop trying to kill Snow and Charming, and Regina is forced to kill him, throwing a sword right into his back.

The Evil Queen joins the scene, taunting Regina for her failure as a "hero." She claims that the darkness will always be inside of Regina, and in fact, it is she who will destroy everyone's happy endings. The Evil Queen also hints toward multiple characters having "untold stories" that need to be shared. Regina is inconsolable later, and Emma continues to hide the truth about her visions.

At Granny's, Charming finds a letter addressed to him with a coin inside, and he meets the Evil Queen shortly after. He tells her that the coin was his father's good luck charm and that there is no story to hide. But in response, she proposes that his father's death may not have been an accident. Then, the Evil Queen goes to Zelena, thanks her, and tries to convince her that they should team up.

Lastly, Emma returns to Archie. She apologizes for leaving abruptly earlier and tells him that she is worried about who the killer may be in her vision. The only person who isn't standing behind her is Regina.

Once Upon a Time Season 6 Episode 2 Recap With Spoilers: A Bitter Draught