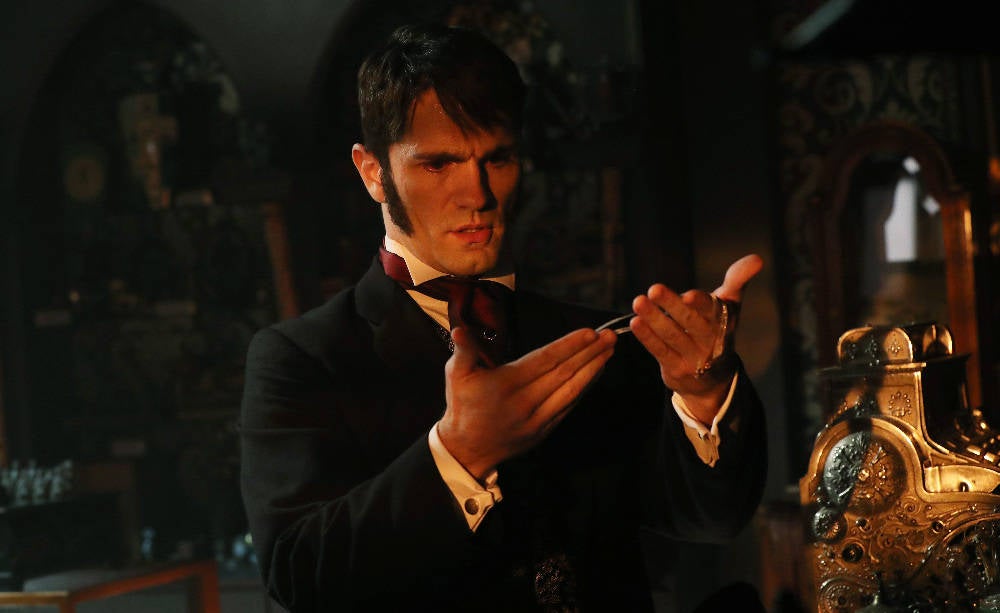 Mr. Gold (Robert Carlyle) looks in the mirror and decides to finally cut his hair, opening the episode. The Evil Queen (Lana Parrilla) – who loves the new look – shows up at his shop with Hyde (Sam Witwer), who wants a certain cameo necklace. Gold attempts to strangle Hyde with magic but quickly learns that, like the Evil Queen, Hyde cannot be killed and takes the necklace. The Evil Queen reminds Gold that she cannot harm Belle, per their agreement, but there's nothing stopping Hyde.

David (Josh Dallas) and Snow (Ginnifer Goodwin) are trying to get their lives back to normal, especially now that Hook is moving in with Emma (Jennifer Morrison). They are quickly disrupted when they learn that Hyde has escaped; he left the necklace in Dr. Jekyll's room, letting them know. Jekyll's serum will be vital in defeating both the Evil Queen and Hyde.

Nearby, Hook (Colin O'Donoghue) prepares to move out of the Jolly Roger, giving Belle (Emilie de Ravin) a magical seashell that she can use to keep in touch with him for emergencies. Gold steps on board and tells Belle that she will need his protection from Hyde, but she refuses it. Gold retaliates by putting a protection spell over the whole ship that will keep Hyde out but trap Belle in.

Then, we see Snow return to the school where she used to teach, intent on resuming normalcy. She meets her new teacher's assistant, Shirin (Karen David), who is from the Land of Untold Stories. They are both disappointed to find that the students are struggling to learn. Shirin advises that Snow embrace her past as Snow White to inspire them. Eventually, Snow decides to teach her students about Newton with help from her bow and arrow, and the demonstration completely grabs their attention.

In a flashback, we find Dr. Jekyll (Hank Harris) with his friend, Mary, whose father is a member of a prestigious science academy. Jekyll tries to convince him to back his project – a serum that separates personalities – but he is denied. Rumplestiltskin later appears and perfects the serum for Jekyll, and when Jekyll drinks it, he transforms into Hyde for the first time.

Some time shortly after, Rumple takes Hyde to a prestigious party, where he confronts Mary's father. Hyde threatens to reveal that Mary's father is sleeping with his lab assistant, if he doesn't grant Jekyll his membership into the academy. In the morning, Jekyll wakes up and remembers nothing but finds himself to be an academy member.

Back in Storybrooke, Regina asks Gold for help, but when they return to Jekyll, they find that the Evil Queen and Hyde have gotten there first and destroyed all of his work – except for a tiny bit of leftover serum. However, instead of using his magic on the remaining serum, Gold steals Jekyll's heart instead. Then, Gold pours the serum onto his dagger, making it the ideal weapon to destroy Hyde, and leaves, tossing Jekyll's heart to Regina on the way out. 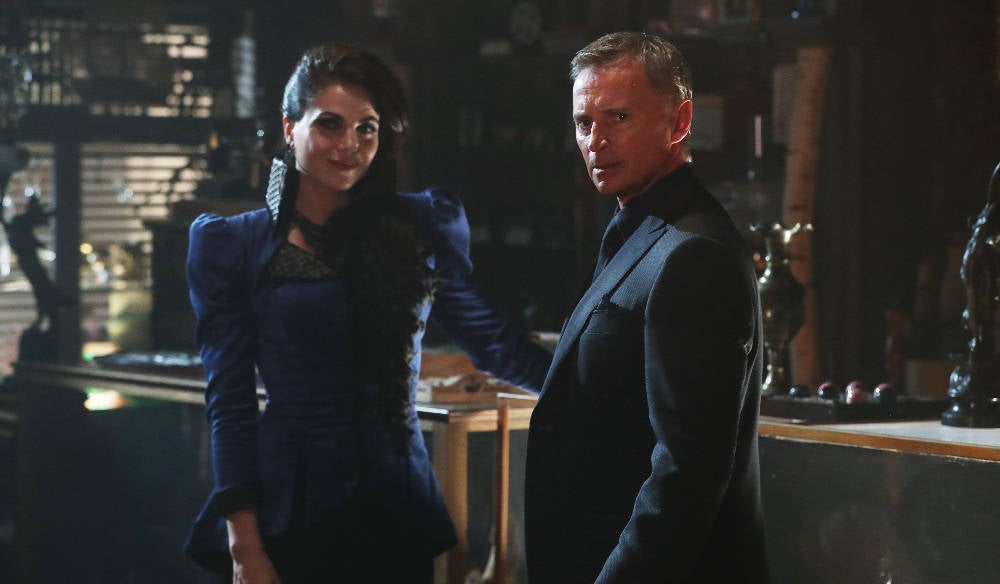 Next, Jekyll goes to stay at the Jolly Roger with Belle, and his flashback continues. Rumple convinces Jekyll to transform into Hyde again, to ask out Mary. He tells her that Jekyll has strong feelings for her, but she admits that she isn't interested in the same way. She is looking for a man who wants to embrace passion – not to get rid of it – and the two kiss.

Again in the present, David and Emma find Hyde in the woods, where he overpowers them almost immediately. His escape appears short-lived, when Gold comes out of nowhere and stabs him in the heart with the serum-covered dagger, but it doesn't work. Hyde explaines that he switched serums with Jekyll earlier. Now, Hyde has the Dark One's dagger in hand and can completely control Gold. He demands that Gold take him to Belle, and, standing in front of the Jolly Roger, Hyde says that there is one final twist.

The flashback returns again, and we find Jekyll and Mary waking up in bed together, both of whom are shocked. He tries to convince her that he is Hyde, and she realizes that he took the serum and has tricked her. Mary tries to run away, and in an ensuing fight, Jekyll pushes her out of the window, killing her. He drinks the last of the serum, turns into Hyde again, and runs away.

In the present yet again, on the Jolly Roger, Jekyll's aggressive word choice starts to cause concern with Belle. She tries to contact Hook with the seashell but Jekyll tosses it to the ground, breaking it. Belle attempts to escape the ship but cannot because of the Gold's protection spell – while Hyde and Gold stand nearby, watching. Luckily, Hook appears at the last moment and slays Jekyll, effectively killing both Jekyll and Hyde.

This is of course good news for the good guys, but it also confirms that the only way to truly kill the Evil Queen is to kill Regina. Also, despite the fact that Jekyll had separated himself from his darkness, he still eventually succumbed to it. Could the same thing happen to Regina?

Regina asks Emma to "do what is necessary" should she ever turn evil again, and Belle angrily confronts Gold, asking why he made enemies with Hyde. He reveals that, back when she was a slave in his castle, he was worried about the feelings he had for her. Gold sought out Jekyll to see if his serum could rid people of "weakness," but when his experiment failed – with Hyde still loving Mary – he angrily banished Hyde to the Land of Untold Stories.

Recent events haven't changed Belle's mind, but Gold insists that she will need him to protect their child. He says that "necessity" will make her love him once again.

Lastly, we see Snow and Shirin at the end of the school day. Shirin leaves to meet with the Oracle, whom Emma met in a previous episode. They are in Storybrooke looking for Aladdin, and Shirin is actually Jasmine.

Once Upon a Time Season 6 Episode 4 Recap with Spoilers: Strange Case