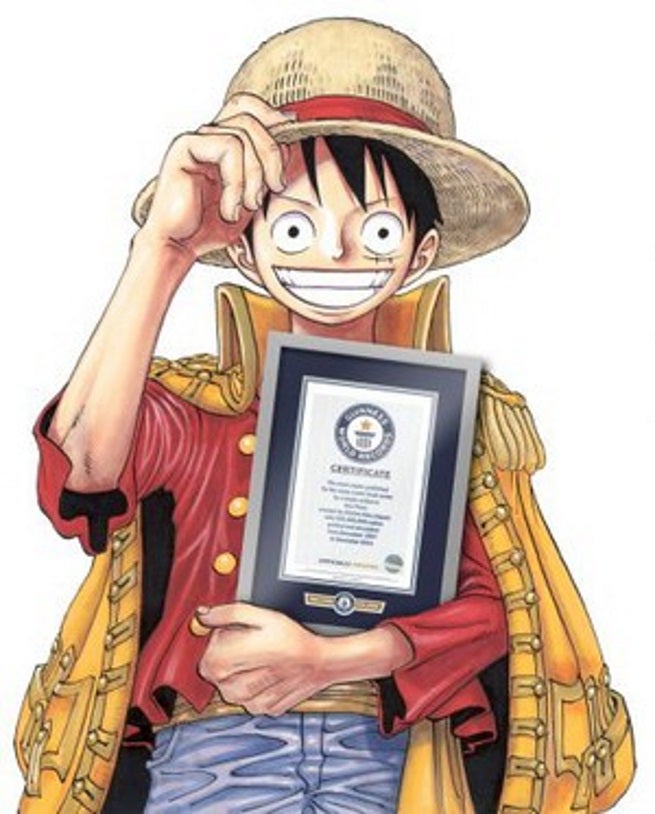 Eiichiro Oda’s popular pirate manga One Piece has set a new Guinness World Record for “most copies published for the same comic book series by a single author.” As of the end of 2014, 320,866,000 copies of One Piece have been printed worldwide.

Oda commented on the reward in a written statement, saying:

"Thank you for this certification for the Guinness World Record. Manga is an amusing way to pass time, but when I receive reports that say 'through One Piece I made friends,' or 'through One Piece I found my sweetheart,' I am really happy. I feel like this record number has the possibility to bring the same number of people together. I will not forget my predecessors in the manga world, the colleagues whom I work with, and my readers, and from now on I want to continue to draw a work that will not shame this record."

An award presentation ceremony was held in Tokyo on Monday. Oda was not there, but Weekly Shonen Jump editor Yoshihisa Heishi attended on Oda’s behalf.

One Piece launched in 1997, and has since been published in more than 30 countries. The 77th volume of the series was released in Japan on April 3.