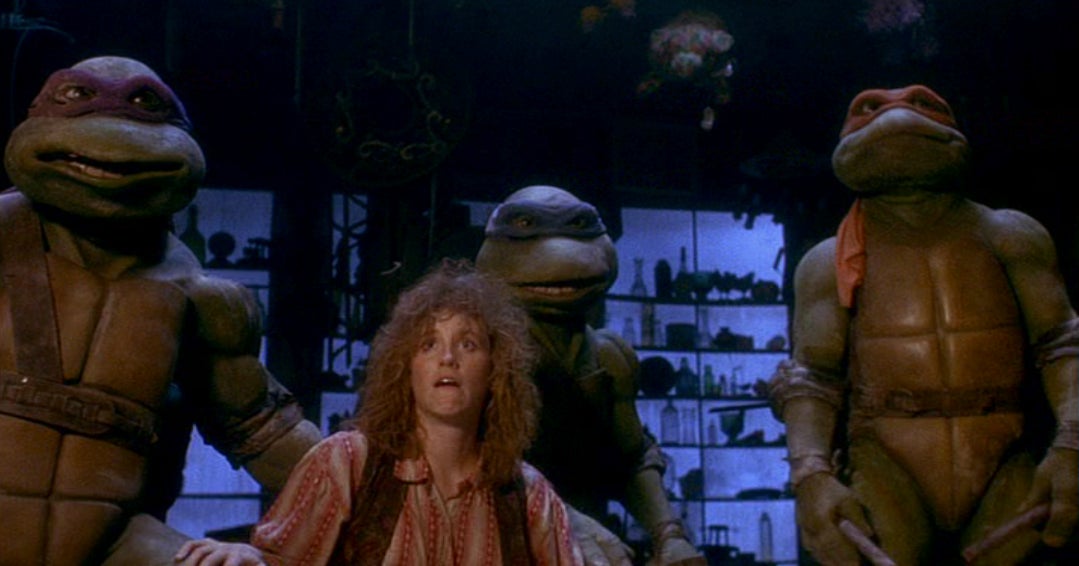 That's because Judith Hoag, who brought the intrepid Manhattan reporter to life in the original Teenage Mutant Ninja Turtles movie, was spotted on the upcoming film's set earlier today. Hoag's professional attire in the photos makes it look like she's ready to go behind the camera—suggesting that she may play a role in TMNT2. It wouldn't come as a massive surprise, given how series reboots often bring original cast members in for a cameo or minor role. You can check out Hoag's photos below.

Further adding to the speculation is Hoag herself, who's used her Twitter account to tease her TMNT involvement. From teases of costume fittings to eating pizza (a Ninja Turtles favorite) it does seem that Hoag will play some type of role in the sequel.

So who do you think Hoag could play? Share your theories in the comments below!