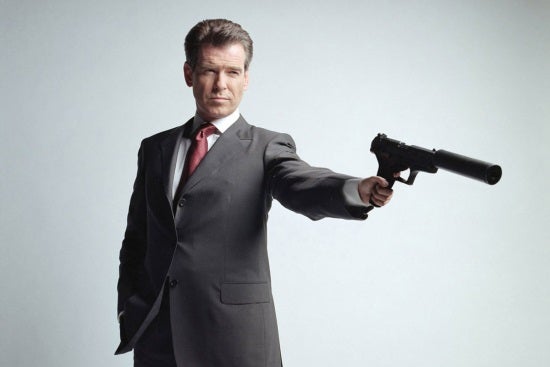 Former James Bond, “Pierce Brosnan,” will be joining the cast of “The Expendables.”

Speaking to Shortlist, Brosnan said that he had just received an offer to be part of the franchise, though he’s not entirely clear when he’ll show up.

“Oh, the offer has come in for the next Expendables,” said Brosnan. “I just worked over in Bulgaria with Avi Lerner who makes them. He said, ‘Would you like to be in The Expendables? I’d love to have you,’ and I said, ‘Why not?’ So we’ll see…I have no idea which one it would be, I just said yes."

In “The Expendables 3,” Barney (Sylvester Stallone), Christmas (Jason Statham) and the rest of the team comes face-to-face with Conrad Stonebanks (Mel Gibson), who years ago co-founded The Expendables with Barney. Stonebanks subsequently became a ruthless arms trader and someone who Barney was forced to kill... or so he thought. Stonebanks, who eluded death once before, now is making it his mission to end The Expendables -- but Barney has other plans. Barney decides that he has to fight old blood with new blood, and brings in a new era of Expendables team members, recruiting individuals who are younger, faster and more tech-savvy. The latest mission becomes a clash of classic old-school style versus high-tech expertise in the Expendables' most personal battle yet.

“The Expendables 3” comes to theaters August 15.