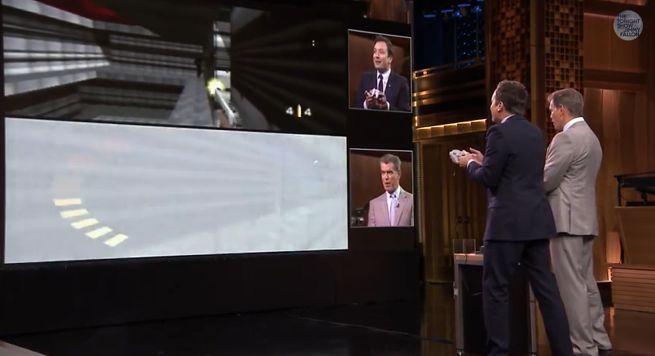 On Tuesday night’s Tonight Show with Jimmy Fallon, Pierce Brosnan appeared to promote his upcoming movie The November Man. During his appearance, Jimmy Fallon challenged him to play a video game, but not just any video game.

“I love all your movies, and I re-watch them now that they’re on blu-ray DVD. I have like twenty collections of all the James Bond stuff,” said Fallon. “But one of my favorite things ever was this, the Nintendo 64 video game GoldenEye 007. This is one of the best video games of all time.”

Brosnan revealed that he had played the game once but was no good at it and shot himself in the foot. However, Fallon told Brosnan that it was like a childhood dream of his to play GoldenEye with him. Brosnan agreed to play the game with Fallon, and video of the gameplay is embedded below.

The November Man is scheduled to open in movie theaters in the United States on August 27, 2014.