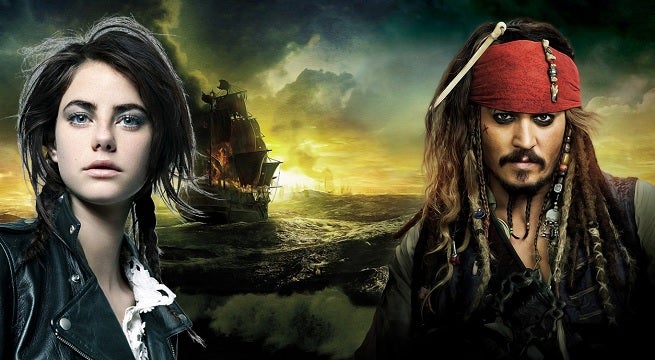 Skins and The Maze Runner actress Kaya Scodelario will join the cast of the upcoming, fifth Pirates of the Caribbean movie, producer Jerry Bruckheimer confirmed today via Twitter.

The film will start shooting next month, also according to Bruckheimer in a separate, earlier tweet.

Johnny Depp is expected to return, with a number of other characters from earlier Pirates films rumored as well, including Orlando Bloom as Will Turner and Geoffrey Rush as Barbossa.

You can see the tweets below.

Pleased to announce that we cast Kaya Scodelario for the 5th Pirates of the Caribbean. Talented young actor from Skins & The Maze Runner.

In spite of diminishing returns in terms of fan enthusiasm and reviews, the Pirates franchise continues to be one of Disney's biggest non-Marvel moneymakers, and audience surveys have indicated that the fifth film is highly anticipated.

The film is rumored to be titled Pirates of the Caribbean: Dead Men Tell No Tales and is expected in theaters in the summer of 2017.

Marvel's What If...? Watcher Featurette Released

The Owl House: Luz and Amity Are Girlfriends and the Internet's Loving It

Lucifer Season 6 Poster Reminds Fans the End Is Near