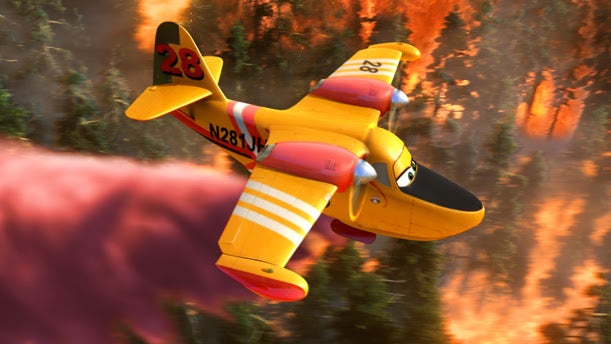 You can check out the official description below.

PLANES: FIRE & RESCUE - IN 3D! Take to the sky with Dusty as he is launched into the world of aerial firefighting. In the follow-up to last summer's hit Planes, the world famous air racer joins forces with veteran fire-and-rescue helicopter Blade Ranger and his courageous team, including spirited air tanker Dipper, heavy-lift helicopter Windlifter, and a lively bunch of brave all-terrain vehicles known as Smokejumpers. Dusty, together with the dynamic crew, battles a raging wildfire to protect historic Piston Peak National Park and learns what it takes to become a true hero. Featuring the voices of Dane Cook, Ed Harris, Julie Bowen, Regina King and more!