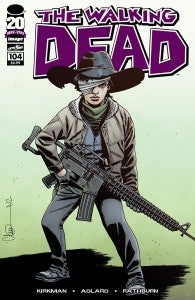 Image Comics and Skybound have released a four-page preview of Robert Kirkman and Charlie Adlard's The Walking Dead #104, coming Wednesday to comic shops and ComiXology.

In the issue, which appears to see Carl stepping up to take a run at Negan and his people as Rick is unwilling to, the survivors continue to reel from the major loss in the cast seen in #100 back in July. It'll be another couple of issues before "REVENGE!" is solicited, so what's going on this month? What's Rick's plan? And will the rest of the group have the patience to let it play itself out?

Check out the preview pages below. 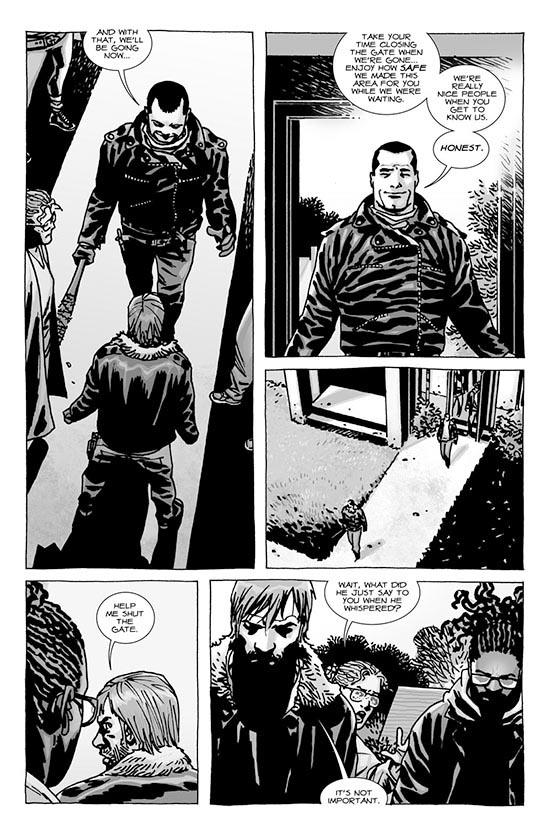 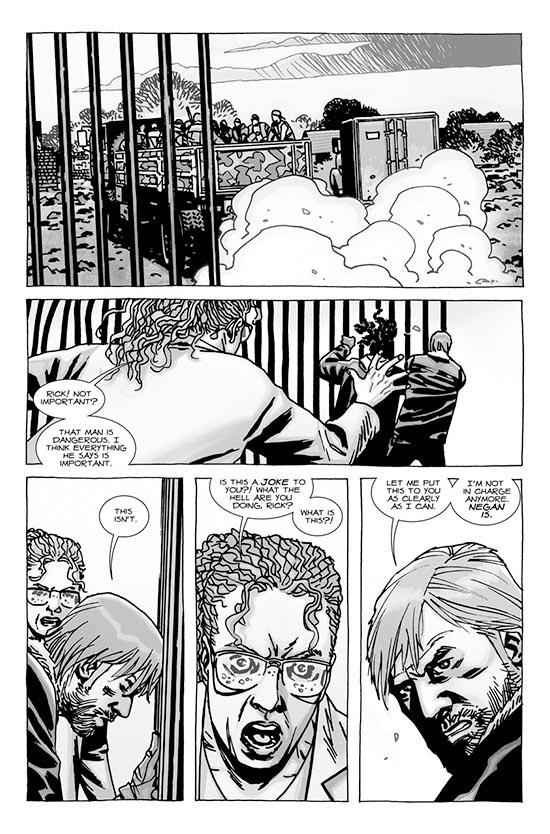 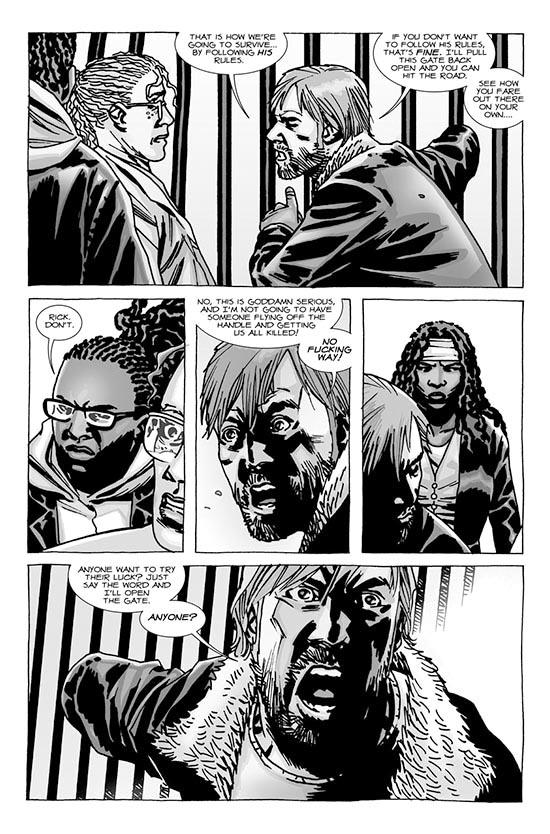 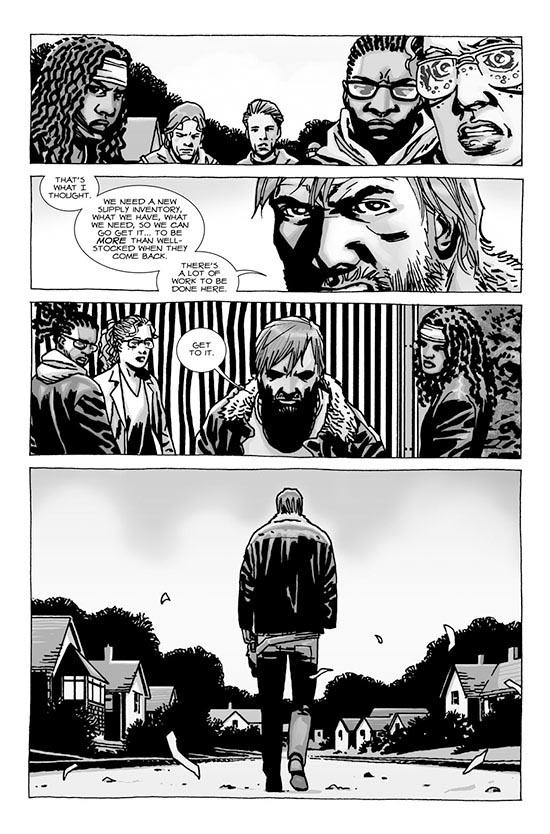