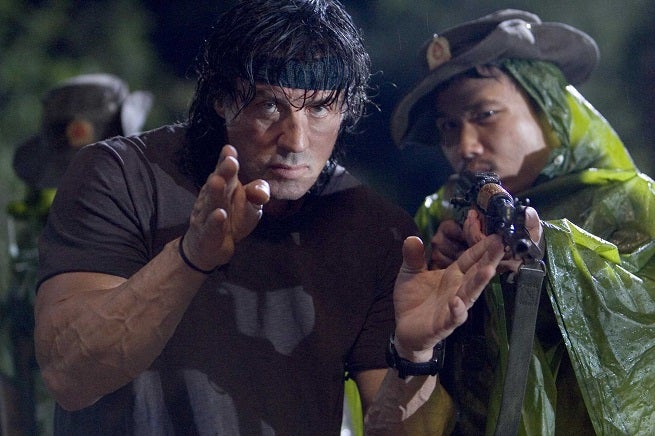 While it's been rumored for a while, the fifth Rambo movie's title -- Last Blood, seemingly implying the end of the decades-old franchise -- has now been confirmed by writer/director/star Sylvester Stallone.

There was no grand announcement; it was sandwiched between news that Stallone was headed to Philadelphia for production on Creed, the Rocky spinoff starring Fantastic Four's Michael B. Jordan, and news of a new film he'll write next. In that tweet, he offhandedly referred to Last Blood:

Where the screenwriting is done. pic.twitter.com/ISrobCeveW

He also, as you can see above, gave a look at his workspace...complete with statues of himself and lots of blades.

Because of course it does.