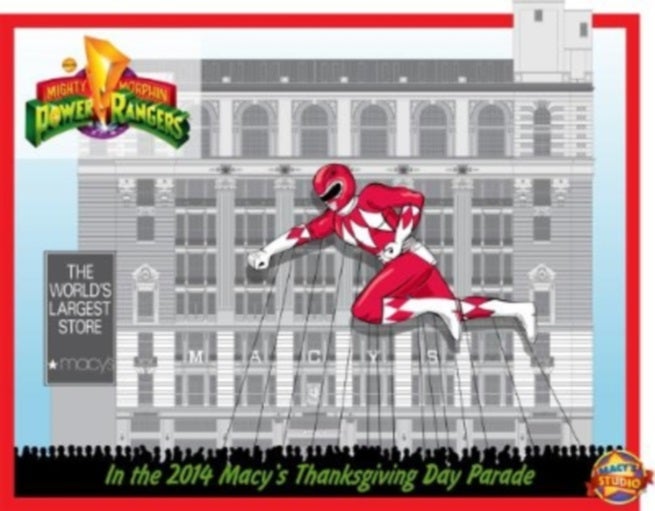 The leader of the iconic Might Morphin Power Rangers will get his own balloon in the 88th annual Macy’s Thanksgiving Day Parade. The Red Ranger balloon will be joining the parade in 2014.

"The super-sized Red Mighty Morphin Power Ranger will be an incredible addition to the stellar line-up of balloons taking to the sky this Thanksgiving," said Amy Kule, Executive Producer of the Macy's Thanksgiving Day Parade. "As one of the most recognizable characters in television history and a powerfully relevant star for today's generation of kids, the Red Ranger will take his rightful place in the skies over New York City and sail into the homes of more than 50 million fans who tune in on Parade morning. We are honored to welcome the Red Mighty Morphin Power Ranger into the Macy's Thanksgiving Day balloon family."

Since its debut in 1993, the Power Rangers have been among the top-rated children’s shows across all age demographics and is the longest running boys live-action television series in history, preparing to enter its 22nd season this fall.