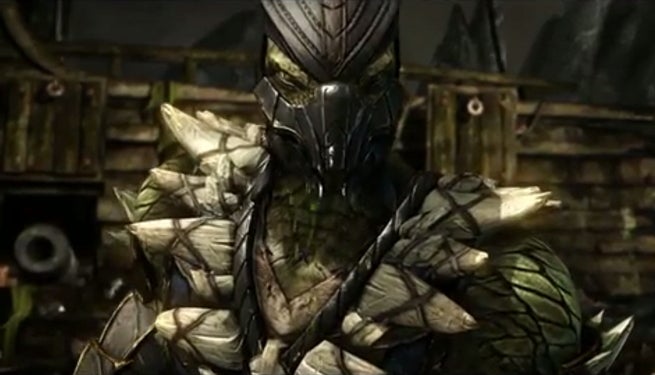 IGN has the first reveal of Reptile in the upcoming Mortal Kombat X. Reptile was the popular fighting game series' first hidden boss, and made his debut in the original Mortal Kombat.

At first, Reptile was a palette swap of Scorpion, but his character has evolved into a member of nearly extinct reptilian-humanoid race, serving Shao Khan in hopes of saving his people.

Reptile first became a playable character in Mortal Kombat II, and has been playable in almost game in the franchise since then. You can see him in action in Mortal Kombat X, including one of his Fatalities, in the video below:

Mortal Kombat X will be released on April 14.