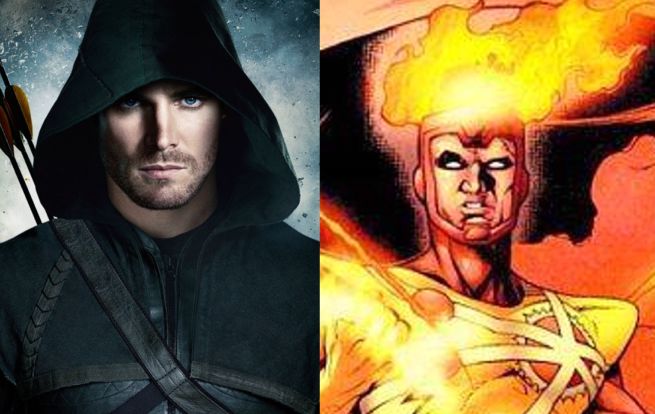 Who would win in a fight: Green Arrow or Firestorm?

It's a question that actor Robbie Amell, who plays Ronnie Raymond and Firestorm in this season of The Flash, hopes to answer soon. Speaking with Collider about his integration into the DC Universe, Amell said that he hoped to visit Star City (formerly Starling City) after running around with the Scarlet Speedster.

"It would be so much fun to go over to Arrow for an episode, or have Arrow come over to The Flash for an episode that I could be a part of," Amell told the website. "My first episode back, I might not even be the only Amell in the episode. But a fight scene would be pretty fun, either with or against my cousin [Stephen]."

For those who don't know, Stephen Amell, who plays The Arrow and Oliver Queen in Arrow, is Robbie's cousin. Who knows--Maybe Oliver Queen has a few trick arrows for nuclear reactions in his quiver.

Robbie makes his DC Universe debut on tonight's episode of The Flash, "Things You Can't Outrun."