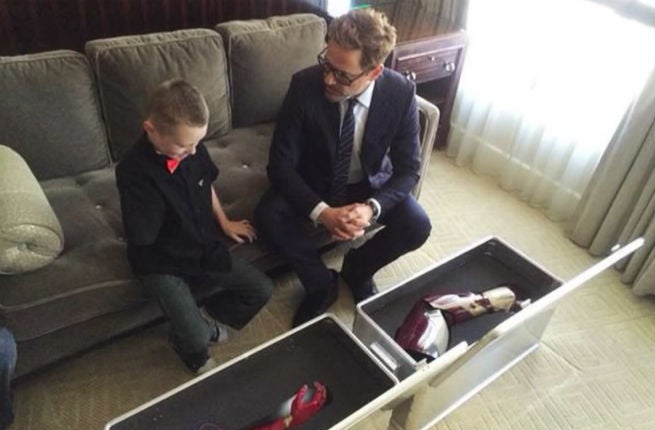 During an appearance on Late Night With David Letterman, Avengers: Age of Ultron star Robert Downey, Jr. told the host about his recent experience giving a prosthetic arm based on the design of Iron Man's armor to a young fan.

A popular idea, a designer recently created a similar one at low cost to be mass-produced.