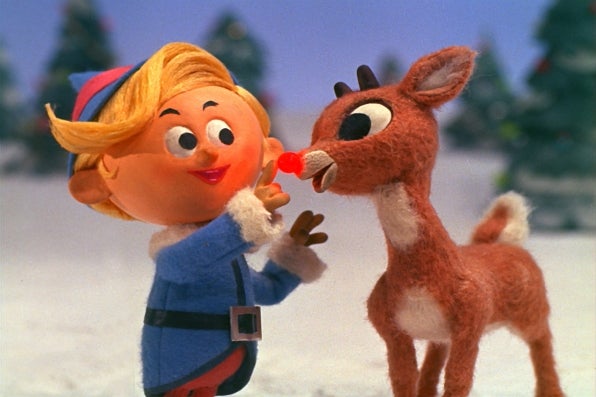 Rudolph will shine his brightest once more for the holiday season.

CBS will broadcast the classic special, Rudolph the Red-Nosed Reindeer on Tuesday Dec. 9.

This year marks the 50th anniversary which was originally broadcast on CBS, Dec. 8, 1972. The Christmas story is based on the popular song of the same title by Johnny Marks.

It recounts the tale of a shy reindeer whose Christmas spirit is dampened because his shiny nose makes him the target of bullying.

Pursued by an Abominable Snow Monster, inhabitants of Christmasville flee to the island of Misfit Toys in the Arctic wilderness where Yukon Cornelius, a prospector they meet along the way, comes to their rescue. Returning to Christmasville, they learn that bad weather may cause Christmas to be canceled. But Rudolph's headlight — his illuminated nose — saves the "foggy Christmas Eve" by serving as a beacon to guide Santa's sleigh.

In conjunction with the 50th anniversary, Rudolph will be saluted by his fellow CBS stars in an on-air campaign.

Rudolph the Red-Nosed Reindeer will air on Tuesday at 8 pm ET on CBS.