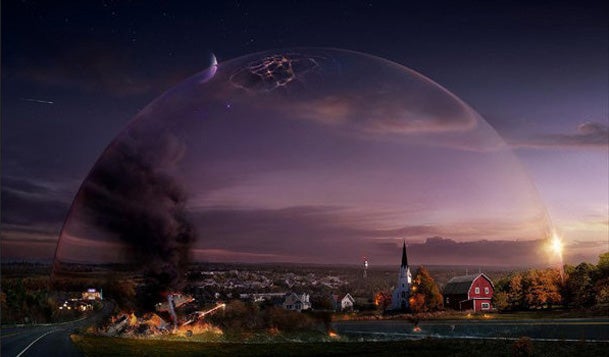 Saga writer Brian K. Vaughan has left the CBS adaptation of Stephen King's Under the Dome, The Hollywood Reporter says.

Vaughan apparently "arced out" the upcoming second season with other Executive Producers and writers before leaving the show, for which he was a key player, having been hand-picked by producer Steven Spielberg to adapt the novel in Season One.

Vaughan is said to be leaving the show to focus more on comics work.

"Right after we finished season one of Under the Dome, our showrunner Neal Baer and I had the amazing honor of working with Stephen King himself to help plot the new direction of our second season. It was one of the best experiences of my creative life, but it was also a really long time to be apart from my family, who I've seen way too little of since I started helping to develop Dome years ago, so I decided to step away from the show," Vaughan said in a statement. "I really miss the cast and crew, but it's awesome to get to see my kids again and catch up on my comic-book deadlines. I'm very grateful that CBS and Amblin gave me this opportunity to help adapt one of the best novels ever by my lifelong hero, and I'm excited to watch all of my friends' hard work come to life in a few weeks."

Season two of Under the Dome kicks off Monday, June 30. King both wrote and will have a cameo appeance in the first episode back, and will remain on as an Executive Producer.