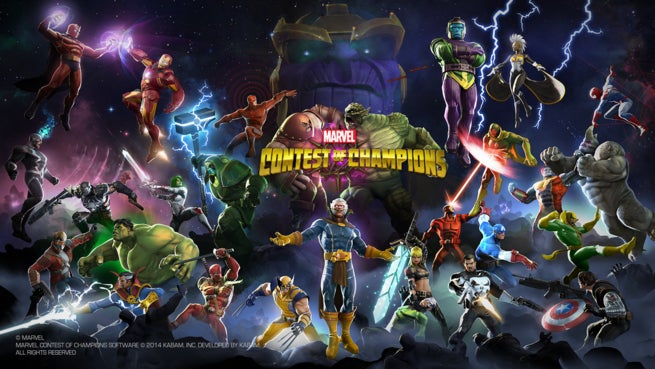 For all you fans of "Marvel VS. Capcom" wishing there was a fighting game for your mobile device, your prayers have been answered. Enter, "Marvel Contest Of Champions." Available today on both iOS and Android from game maker Kabam, the game puts you one on one with none other than Kang the Conqueror in a high stakes battle for some glorious ISO-8.

What’s ISO-8? What does the Collector have to do with the game? Well we sat down with the games writer Sam Humphries (the same Sam Humphries behind Legendary Star Lord), and Kabam's Creative Director Cuz Parry, about the game and what fans can expect.

How is approaching a game like this different from scripting issues of a story?

SH: Vastly different. With a comic book, you start with a blank page and write the whole thing. With a video game, there's so many other concerns. Technical limitations is just one. But on a video game you can be very immersive. We had a lot of fun with that. 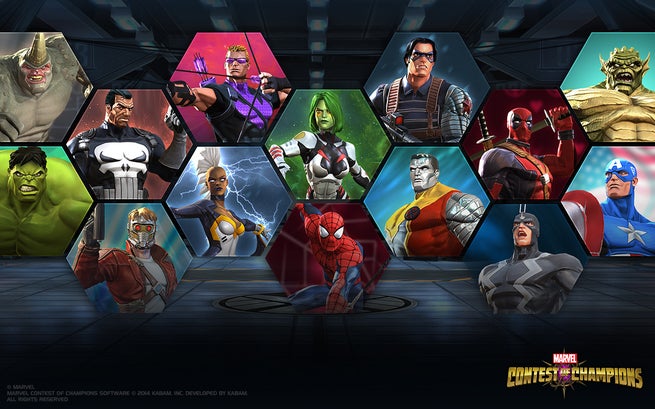 How long does it take to go from Idea to finished product? Can you take us through the process a bit?

CP: The development time of every game varies. For Contest of Champions the whole process took about one year – from collaborating with Marvel on the concept and high level design, to prototyping to actual production. But, the beauty of mobile games is that they are never really “finished.” We get to keep updating and adding content and features based upon the players’ likes and desires. We view the initial launch as a kick-ass, fun, complete game that is only going to grow and get better.

Sam, when approached with the project, was there a different kind of preparation for this?

SH: With 25 characters from very diverse corners of the Marvel Universe, your goal is to communicate the essence of a character as quickly and cleanly as possible. So an excess of research wasn't really necessary. You just work from the heart. 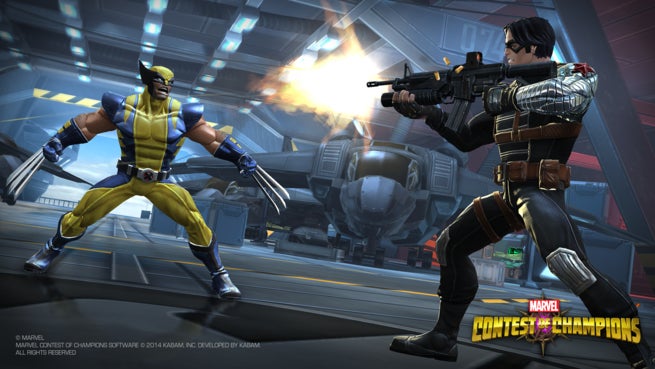 Were there any characters that you got to write dialog for, the first time?

What are the advantages of having this be a mobile game?

CP: Well, as stated above, we get to keep developing the game and tailoring it to the demands of the Marvel audience. It keeps the creative juices flowing because the game lives on and can evolve. In addition, we can reach a far broader audience than traditional console games. Everyone has a phone or tablet. We believe the quality of our game is so amazing that it just makes sense for us to give people an awesome Marvel experience on the device that they have with them at all times. 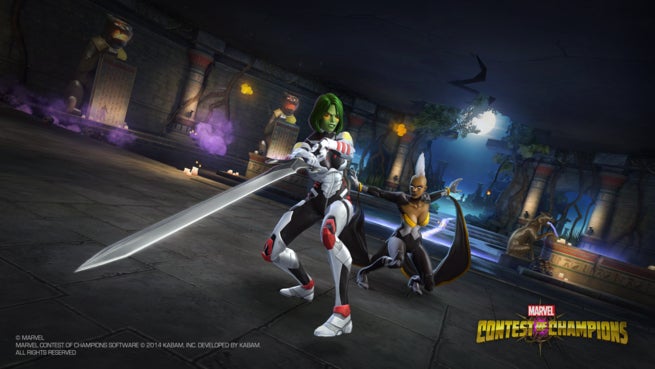 There are a lot of characters at the get go for the game, how long is the roadmap for other characters? Can you hint at any?

CP: The roadmap is as long as people are stoked on the game and want us to add more characters. Judging from initial reaction to the game, we are betting that’s going to be quite a while. As far as hints, take a close look at the splash screen to our game. If you look around you’ll see a magical mutant and a certain Agent of the Venom variety. And, I wouldn’t be surprised if something happened around the time of Marvel’s next major theatrical release…ahem…cough…Ultron…cough.

Will the game take any cues from comic book events or the cinematic universe?

CP: The beauty of having a game like ours, one not completely tied to a particular character or movie, is that we can indeed take cues from both cinematic and comic book related events. Marvel said play with the Marvel Universe, and we’re definitely going to take them up on the offer. Our goal is to keep the family of Marvel fans happy while remaining true to the Marvel DNA. 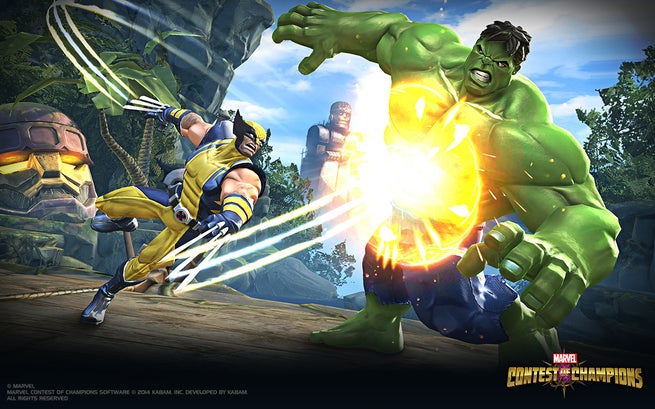 Has Sam written a story that will continue to be parsed out as time goes on? Or will he be back to write future events that happen within the game?

CP: Sam is part of our game team family now. We look forward to working with him and seeing how the rest of The Contest of Champions story unfolds. So, yes, he’ll be hanging with us for a while plotting out twists and turns for the fans of the game to enjoy.

Sam, can you explain what ISO-8 is?

SH: ISO 8 is a mysterious substance present in many vMarvel games. It is a catalyst that gives characters powers or boost them in unexpected ways. What we got to do here was go into the origins of ISO 8, why it might do what it does, and what else it might do in the hands of a galactic tyrant.

Have you planted little easter eggs for fans to find as they play along?

SH: Yes. If you look carefully, you can learn Hawkeye's shirt size.

Check out "Marvel Contest Of Champions" today on iOS or Android!