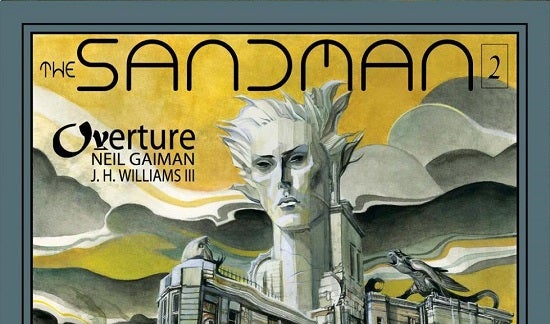 The second issue of Sandman: Overture, originally scheduled for December, will have to wait until February, DC Comics revealed yesterday. The series, which brings Neil Gaiman's beloved franchise back from a decade-long slumber with artist J.H. Williams III at his side, is publishing on an every-two-months schedule already, so this amounts to the delay of a single issue's time. "I understand your disappointment and sympathise," Gaiman wrote on his Tumblr when confronted by a disappointed reader. "We're both really sorry about the delay. It's unprofessional, and is mostly due to the giant signing tour I was on from June, and me not getting script written on the tour, with knock-on effects. We're hoping it'll be the only delay though."

Hideo Kojima Teases New Game Ahead of The Game Awards

Dragon Ball Super's Next Arc: Everything We Know So Far