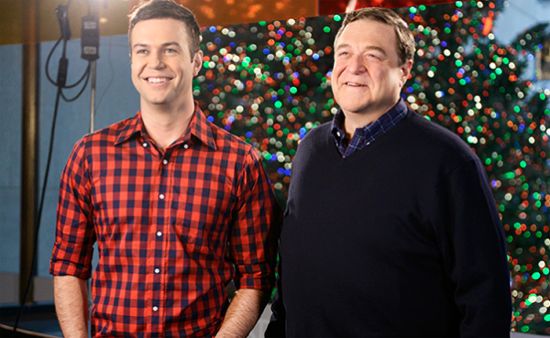 He's the voice of Sulley in Monster's Inc. and Monsters University. John Goodman will be hosting Saturday Night Live for an amazing thirteenth time. John Goodman also played Fred Flintstone in 1994's The Flintstones, and he appeared in future Batman Ben Affleck's Argo in 2012. In a preview clip, Goodman jokes about hosting SNL for a thirteenth time on the day after Friday the 13th. The musical guest for tonight's episode is Kings of Leon. Their latest album, "Mechanical Bull," was released on September 24 and debuted at #2 on the Billboard 200 Chart. Lorne Michaels is the creator and executive producer of Saturday Night Live. The John Goodman hosted episode of Saturday Night Live airs on Saturday, December 14, 2013 at 11:30 PM ET on NBC.