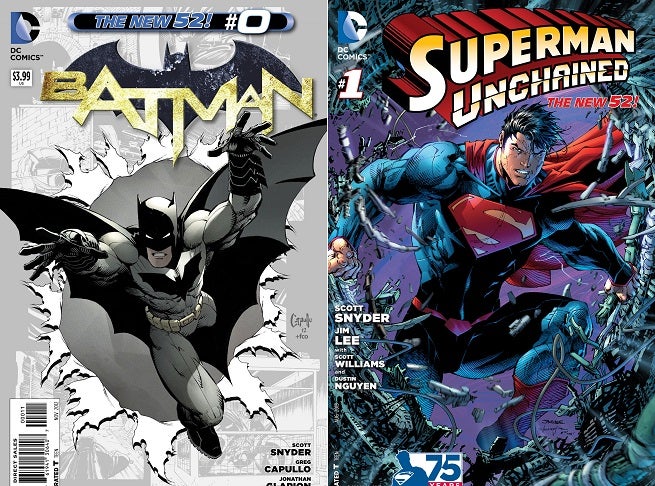 During an interview with IGN, Snyder explained that it's really just about keeping his brain engaged by doing a wider variety of differrent things.

I think one of the things I learned writing Superman Unchained was that, for me -- and maybe this a more aerial-view question to answer; I'm going off-topic a little bit -- one of the things I realized was, I love both characters, Superman and Batman, and I'd love to write both of them, but one of the hard things about writing them at the same time is just that you flex some of the same muscles writing them, because their series have similar priorities.

They need to be really personal, first and foremost, so that the character doesn't just feel like you're doing a Batman or Superman story. It has to be something that's yours. But it also has to have a lot of bombast, and you want it to have action, you want it to be fun and have a fun supporting cast, that has the same big pace to it, a crescendo. So I loved working on both of them individually, but I think as a writer, it'd be hard for me to do a Superman ongoing or a Wonder Woman ongoing or really any superhero while I'm doing Batman -- unless it was a very different kind of superhero. I enjoy having a plate that varies and has different sorts of creative challenges.

Like, Wytches and American Vampire are very different from one another and very different from Batman. So I like that type of triangle better, I realized, than writing two superheroes at the same time, not because either series wasn't a blast -- they are -- but there are similar challenges on both. 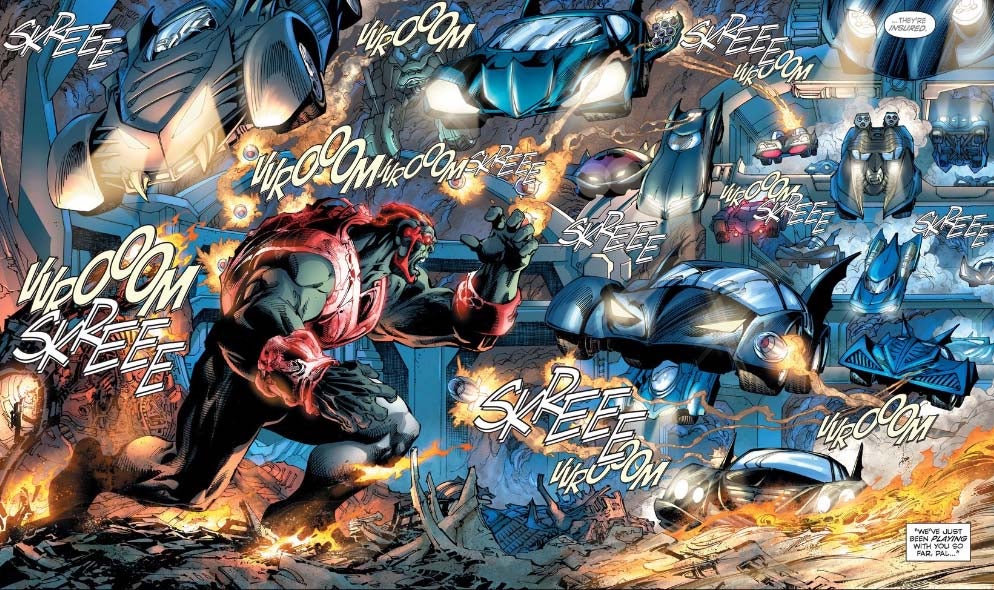 You know what did present a challenge? The bit where he asked Jim Lee to draw all those Batmobiles...although Lee didn't say anything until after the fact.

I think there was one moment when he wanted to kill me, and I didn't realize, like, how bad this would be. I've since come to realize how rough certain things are for artists. I always think of how cool a moment is and how great it would get to be to draw. I'm like, "Guess what? Look at this badass moment, Sean Murphy! There's a thousand mermaids coming, and they didn't even know that was going to happen!" And it's like, "Wow, what a fun story moment," but he's like, "A thousand mermaids..." You know what I mean? You realize like, "Oh, yeah, right. A thousand mermaids -- that's kind of a bitch."

But with Jim, it was when I did that piece where I was like, "Guess what, Jim? Batman throws every Batmobile in history at Wraith! How fun is that!?" He was like, "Every Batmobile in history..." [Laughs] I'm like, "Wait, what? What's the problem?" You know, you think about how fun that is as a story, and then you think, and you're like, "Oh my God. That would be a huge mountain," you know? To his credit, he didn't tell me until afterwards he was kind of mad about that. Like, he did it and did this great job, and he was like, "You know, I pretty much wanted to kill you when you said that." I was like, "What!?" So I'm much more aware of it now, I think. You know, I'm still pretty green. I'm still learning. So that was probably the tensest moment between us, and he never even let me know he was mad.