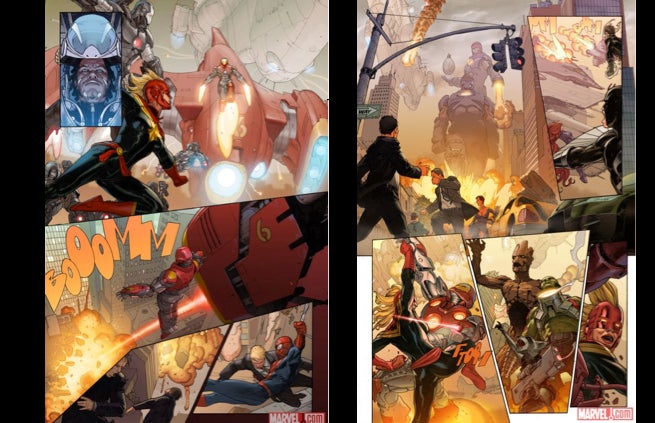 Featuring four colored, but unlettered, pages from the event series' premiere issue, the preview shows The Ultimates clashing with the Avengers of Earth 616. The preview came as part of a feature on Secret Wars' creative process, which focused on artist Esad Ribic's collaboration with colorist Ive Svorcina.

"Secret Wars has so much going on, that it's one of the most demanding and most rewarding jobs I've worked on," Svorcina told Marvel.com. "There were some pages that I thought 'Oh god, I don't even know where to start' but when you see just how much effort Esad put in you can't do anything but do your best as well."

You can check out the preview in the gallery below.