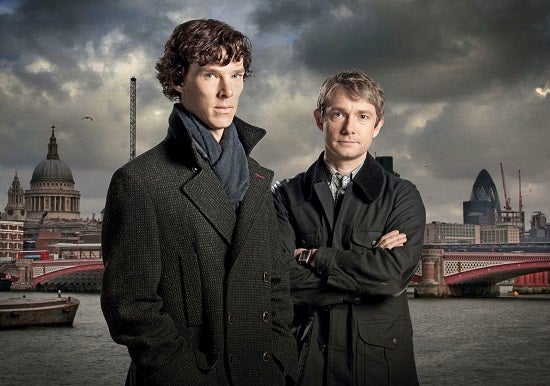 With less than two weeks before the launch of the next season of The BBC's Sherlock (starring Star Trek Into Darkness's Benedict Cumberbatch and The Hobbit's Martin Freeman), the network have provided fans with a kind of prequel to the new season--over seven minutes of footage that sets the stage for what's coming.

The episode takes place between the end of last season, when Holmes apparently died at Reichenbach Falls, and the first episode of this season, when he reveals his return to those around him, including Watson.

Sherlock has been gone for two years. But someone isn't quite convinced that he's dead...