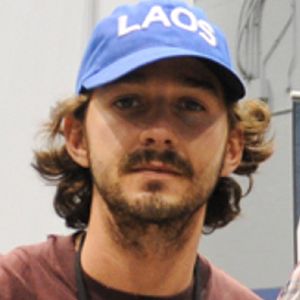 Marvel Comics just released an interview they did with actor Shia LaBeouf back in April at C2E2. Why the long delay between the interview and releasing it online? Maybe because of what Shia LaBeouf told them. The beginning of the interview started out normal enough with LaBeouf discussing his own comics and naming Wolverine as his favorite Marvel character, but then things took an unusual turn.

When Marvel Associate Producer Blake Garris asked Labeouf if he was reading any Marvel Comics now, Labeouf said, “I use to read a lot of Vertigo in the days. I like Percy Carey, MF Doom. You know that like Percy Cary [bleep] made me cry. That was Vertigo.”

Labeouf was raving so much about DC Comic’s Vertigo imprint, it almost sounded like he might be confused and thinking it was part of Marvel. But, then Labeouf added, “Marvel is sort of like, it’s the staple dude, it’s iconic, but I think that they are so iconic that sometimes they can’t deal with certain content that I think I enjoy, so I find myself reading a lot of Top Shelf books. I don’t know.”

Marvel Digital Media Group Executive Editorial Director Ryan “Agent M” Penagos chimed in, saying, “Comics are good. Whatever you’re reading makes us happy.” Of course, this just led Labeouf to kick his Vertigo praise into high gear. Labeof replied, “And eighties Vertigo dude is [bleep], you know, of course, I read all that, Sandman, and all that [bleep]. I love that stuff.” Check out the full, heavily bleeped podcast on Marvel.com.