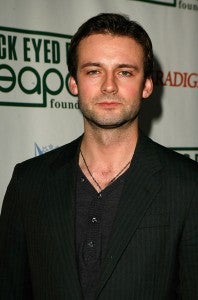 Adding to the ever expanding universe of Smallville will be the renowned Superman villain General Zod, with British actor Callum Blue stepping in to the big shoes of this Kryptonian bad guy! Around since the early Silver Age of comics, General Zod is best remembered for his appearance in the film Superman II, embodied by noted actor Terence Stamp. The show's ninth season, which kicks off this fall, will add Blue's character to the more recent additions such as Brainiac in the ever-growing realm of characters from the DC universe to make an appearance on the long-running hit show focusing on the early years of Clark Kent's youth. Blue is probably best remembered for his role as grim reaper Mason on the cult series Dead Like Me, Alex on Secret Diary of a Call Girl, and as Anthony Knivert on the series The Tudors.