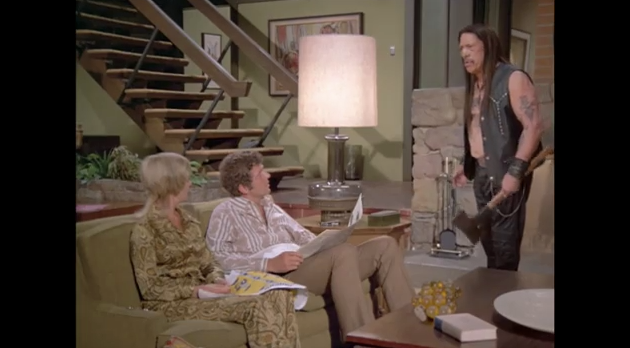 Even the flawless Marcia Brady can get exceptionally cranky, turning into axe-wielding murderer when she hasn't had that afternoon snack.

Such is the case in Snickers' official Superbowl 2015 commercial, which ropes The Brady Bunch and Danny Trejo into their popular "You're Not You When You're Hungry" ad campaign. In the commercial, Marsha Brady channels her inner killer extraordinaire, Danny Trejo, when she has an empty stomach. Good thing mom and dad are around to bring her back to normal with a Snickers.

Check out the commercial below, which is one part of a larger Brady Bunch and Trejo ad series that will run during the Superbowl.

The Superbowl airs this Sunday, February 1st, at 6:30 ET on CBS.