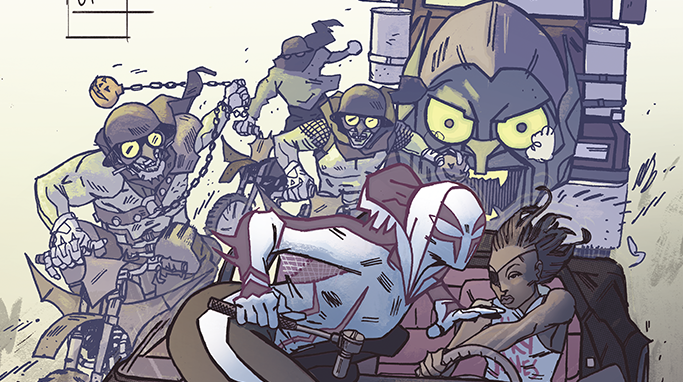 That's right, readers' favorite parallel Spider-Man is now also their favorite future Spider-Man, as Gwen Stacey tries out Spider-Man 2099's costume motif in a cover by Spider-Gwen writer Jason Latour. While a Spider-Gwen has yet to infiltrate the futuristic world of 2099, hopefully this summer's upcoming Battleworld series will fix that. Either way, enjoy th Spider-Gwen-meets-Mad Max insanity below. 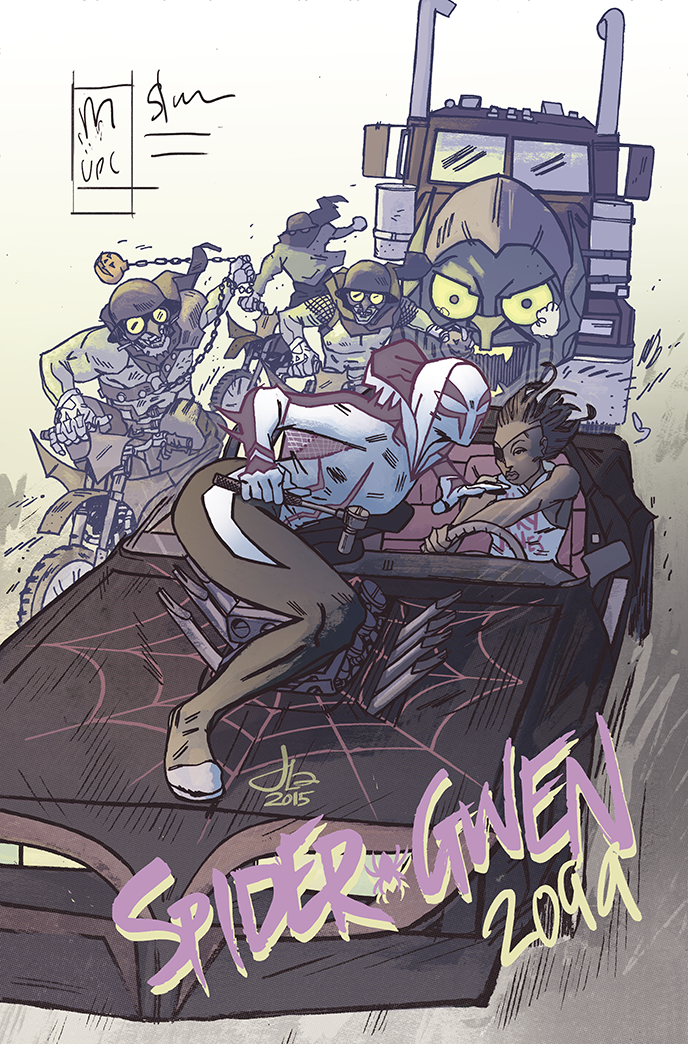 You can check out Marvel's official information below.

Secret Wars 2099 #2
Written by Peter David
Art by Will Slinky
Cover by Dave Rapoza
Secret Wars continues as The Avengers of the Year 2099 come face to face with a tremendous beast who's no stranger to the team! Who could it be? We'll give you a hint – you won't like him when he's angry.