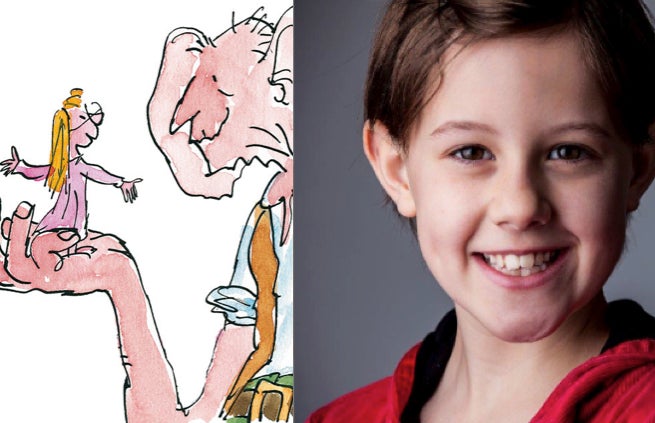 Dreamworks Studios has cast Ruby Barnhill as the character of Sophie in their upcoming BFG film, the studio announced.

A new face in Hollywood, Barnhill will play a leading role in the Steven Spielberg-directed adaptation of Roald Dahl's children's book, "The BFG." "The BFG" tells the story of a young girl, Sophie, who befriends a Big Friendly Giant that lives on the outskirts of London. As their unlikely friendship blossoms, the The BFG introduces Sophie to the enchanting, but dangerous, world of giants. Mark Rylance has been cast as the film's giant, who will co-star with Barnhill in the film.

"After a lengthy search, I feel Roald Dahl himself would have found Ruby every bit as marvelous as we do," Steven Spielberg said in an official statement.  "We have discovered a wonderful Sophie in Ruby Barnhill."

The BFG will mark Barnhill's first feature film appearance, though viewers can find her in the upcoming BBC children's series, Four O'Clock Club. The adaptation, which is set to start filming in early 2015, features a screenplay by ET's screenwriter Melissa Mathison.