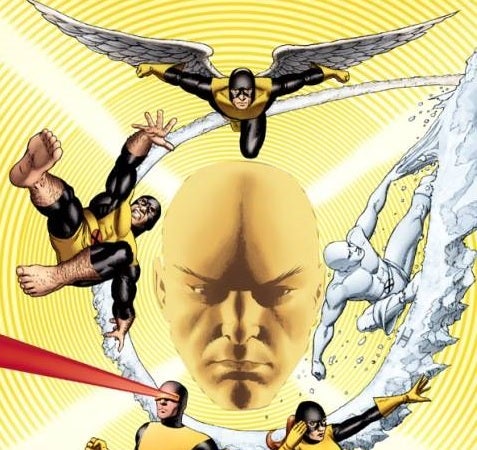 #1, the fiftieth anniversary spectacular due out next month, will feature a story written by Stan Lee. That much we knew, but the details were never made clear, given the fact that the oversized issue is stuffed with contributors and solicitation text gave only the briefest description of what to expect. Legendary Thor artist Walter Simonson, though, has taken to social media to tell fans that he will be drawing Lee's script, which comes from a plot by his wife, longtime Superman: The Man of Steel and X-Factor writer Louise Simonson. Veteran inker Bob Wiacek will finish over Simonson's pencils. 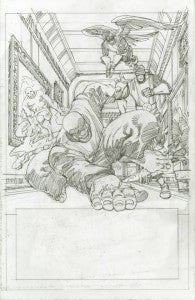 "Here's what's up: I've penciled a little 5 page X-Men story for X-MEN: GOLD #1," said Simonson. "Weezie plotted it, Bob Wiacek inked it, and Stan Lee scripted it. It's the X-Men as they were back in the beginning, around issues 5 or 6. It's simple, with the character tropes of the original X-Men as they were when it all started. I couldn't be more pleased to have this in my list of credits, and I'm betting Weezie and Bob feel the same. X-Men story with Stan Lee! Doesn't get any better than that!" You can check out the solicitation text below, and a sample of Simonson's work on the issue at right. X-MEN: GOLD #1 Written by CHRIS CLAREMONT, STAN LEE, LOUISE SIMONSON, FABIAN NICIEZA Art by WALTER SIMONSON, BOB MCLEOD, AND MORE! Cover by OLIVIER COIPEL Variant Cover by JOHN CASSADAY • It's the 50th Anniversary of the X-Men, ring it in with some of the greatest creators to ever work on the X-Men! • CHRIS CLAREMONT is joined by classic X-Artist BOB MCLEOD to bring you an untold story of the X-Men starring Cyclops, Wolverine, Nightcrawler, Colossus, Kitty Pryde and Rogue! • Also jam-packed with all-star creators from X-Men past including STAN LEE, WALTER SIMONSON, LOUISE SIMONSON AND FABIAN NICIEZA! 64 PGS. /All-new Material/One-Shot/Rated T+ …$5.99