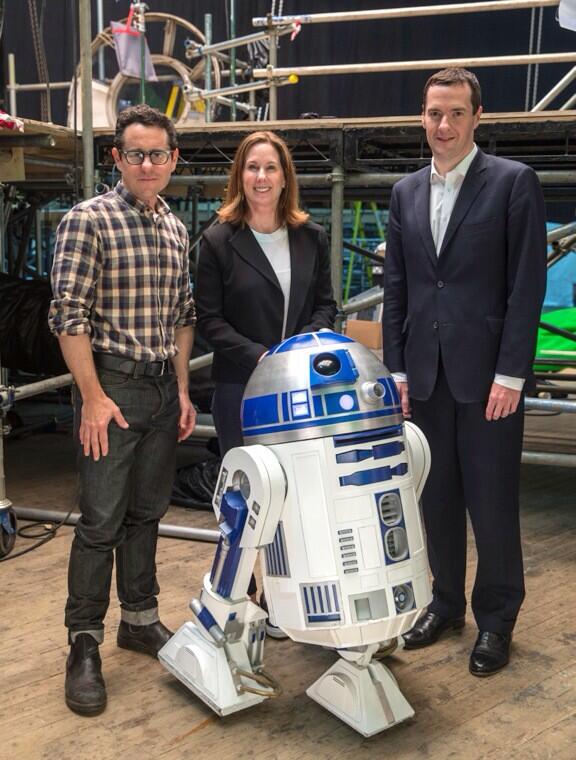 George Osborne, the Chancellor of the Exchequer & Conservative Member of Parliament for Tatton in the U.K. who earlier today announced another Star Wars film will be shot there, appeared later in his Twitter feed with R2-D2, Star Wars Episode VII director J.J. Abrams and Lucasfilm chief Kathleen Kennedy on the set of the current film.

You can check out the photo above and the tweet below.

Star Wars Episode VII will be in theaters in December 2015.