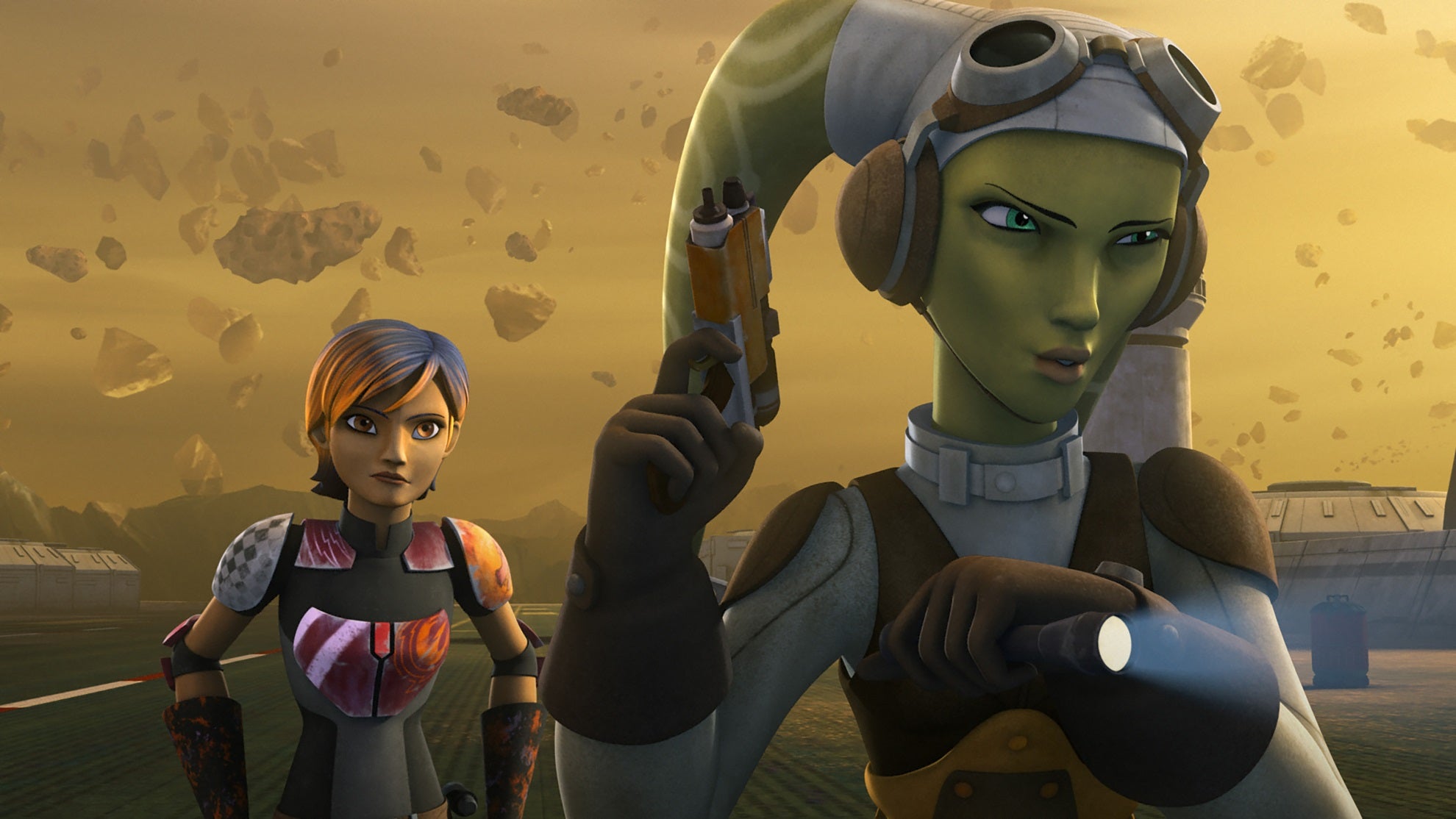 Lucasfilm and Disney XD have released several new images and videos for next week's episode of Star Wars Rebels, titled "Out of Darkness."

In "Out of Darkness," summoned by a mysterious contact, Hera and Sabine travel to an abandoned asteroid base for resupply. When they become stranded on the asteroid because of a damaged fuel line, the two must fend off ravenous creatures that strike in darkness while the Ghost crew scrambles to extract them.

Check out two preview videos from the episode below, and several still images in the gallery at the bottom of the page: