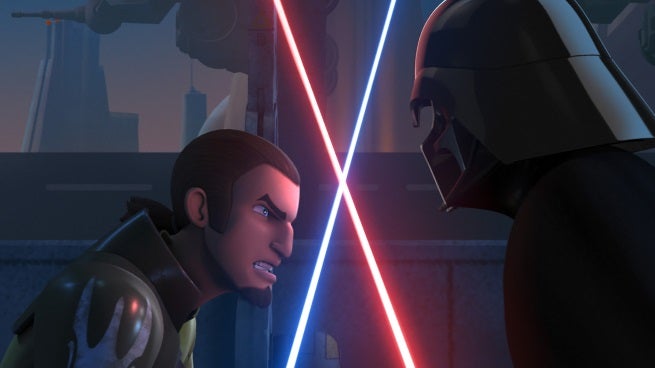 Following the same plan laid out by the animated series' first season, which premiered with the one-hour Star Wars Rebels: Spark of Rebellion movie event, Season 2 will premiere with another one-hour movie special, Star Wars Rebels: The Siege of Lothal. Additional new episodes will follow in the fall.

As revealed by the trailer released at Star Wars Celebration (embedded below), the new season will see the crew of the Ghost allying with and going up against fan favorite Star Wars characters like Wolffe and Gregor, Ahsoka Tano, Captain Rex, and Darth Vader.