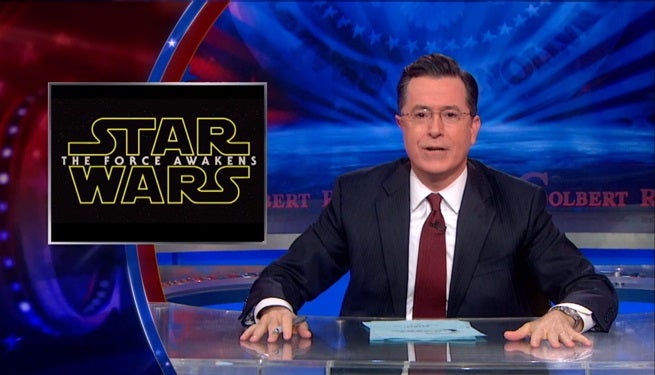 Stephen Colbert returned from a holiday hiatus yesterday, to begin his final batch of The Colbert Report episodes before taking over as host of The Late Show, and he immediately delved into the biggest news he missed over the break: the Star Wars: The Force Awakens trailer.

Colbert explained how he was the original Star Wars fan, having won tickets to see the original Star Wars, when he was in eighth grade, two weeks before the film opened in theaters. He goes on to use his advanced Star Wars knowledge to explain why the controversial lightsaber hilt from The Force Awakens teaser makes complete sense.