But beyond the few snippets we saw in the trailer, we really don't know what this new droid is capable of. Or—do we? Star Wars fansite Making Star Wars was able to break down the droid's concept art, and recreate the specs through the magic of Paintshop. With the droid broken out into its separate parts, here's what we were able to learn about J.J.'s robotic addition in to the Star Wars mythos. Of course, it's best to still treat the below as rumors until verified specs are released. 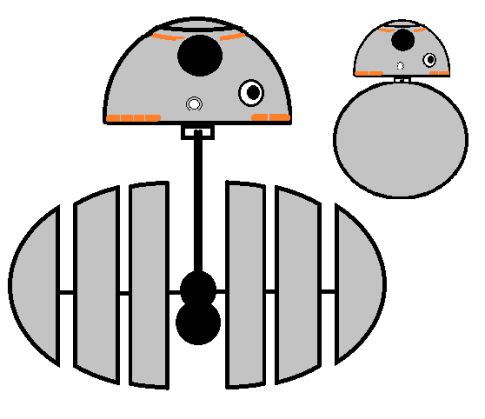 * Inside the droid's spherical body, there is a pole with a weight on the bottom.