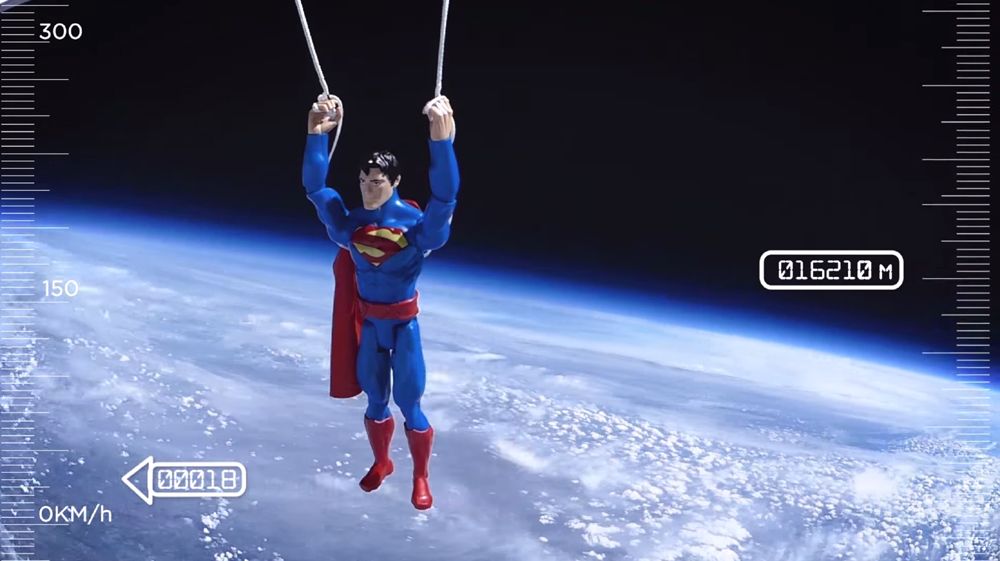 In addition to leaping tall buildings in a single bound, the Man of Steel can also reach the edge of space in a single flight, as an action figure.

Recently DesignSparks sent a Superman action figure to the edge of space and back for Mattel Toys Italy:

The project was to recreate the record breaking freefall from 39km high by Felix Baumgartner in the Red Bull Stratus capsule. This record has subsequently been broken in September by Alan Eustace, who travelled and jumped to from just over 41 km.

"The launch vehicle to send Superman and his capsule up to the Stratosphere was a Weather Balloon filled with Hydrogen gas," said Pete Wood of DesignSparks. "We chose to launch in Ross on Wye near Wales in the UK, as this was an ideal location that was well away from large cities and frequent air traffic. The British weather is some what unpredicatable!, so a summer launch window gave us more opportunities for a successful mission. The actual launch site was in a field ajacent to Dave Akerman, one of our team members, back garden. Dave is a High Altitude Balloonist and Radio Ham, and has scores of launches under his belt, so we were in good hands."

For anyone wanting to recreate the mission, the design files can be found here.

Superman Action Figure Sent To The Edge Of Space