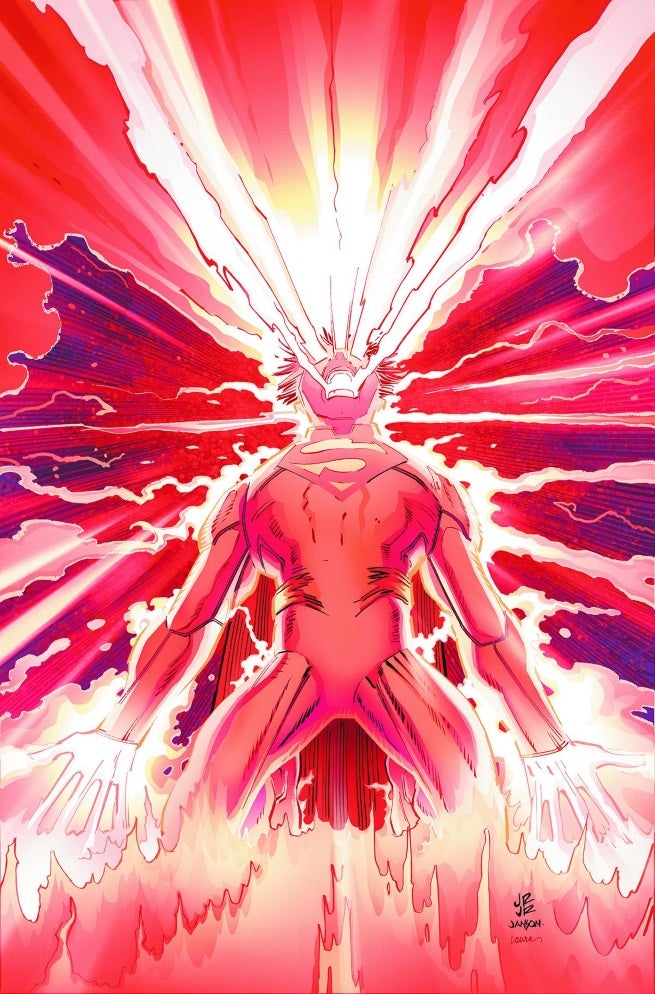 According to the solicitation for January's Superman #38, the Man of Steel is going into the new year with a new costume.

So we know that Superman is getting a new costume, but what will it look like? His belt seems to be busting off of him in the cover image above, so it seems like that's out the door. Could that signal the return of his iconic red trunks?

Or maybe DC Comics is going to introduce a costume more like what we've seen in Man of Steel and early images from Batman v. Superman: Dawn of Justice in order to bring the comic book look more in line with the film look, as Marvel has done in the past.

Then again, he seems to be exploding in a burst of energy, so maybe we're looking at the return of energy Superman from the late '90s.

It's hard to really make any predictions with what we have to go on right now. If you had told me beforehand that, in 2011, DC Comics was going to relaunch their entire comic book line and put Superman in an outfit that looked like a candy-coated shell, then I probably wouldn't have believed you, but it happened.

Something more akin to the Man of Steel costume seems like the logical bet, but you never know. It is Geoff Johns writing the book, and he does love the classics.

Superman Is Getting A New Costume In January, Could His Red Trunks Return?