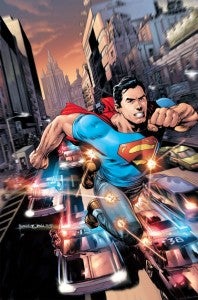 Despite what Superman might look like on the cover of Action Comics #1, the new Superman is going to eventually be a far cry from a Kansas farm boy. When fans had little more than a couple images of Superman's new costume to go on, some wondered if Superman would be sporting the lumberjack or hillbilly look on an ongoing basis.

However, DC Comics has now officially clarified that the jeans and t-shirt ensemble is as suspected, only temporary. In fact, the very first storyline in Action Comics will deal with the origins of Superman’s costume, as he goes from the country boy look to something decidedly more alien.

Yes, Superman will be hanging up the jeans, t-shirt, bathroom towel cape, and work boots in exchange for a suit of battle armor that pays tribute to his Kryptonian past. While there are a lot of changes in store for Superman in the new DC Universe, one common theme appears to be that Superman is going to come across as more alien than ever.

Action Comics will tell the story of a young Superman, as he first emerges to the world. This young Superman is adjusting to not only losing his home world but also both of his adopted parents. DC Comics describes him as “a loner trying to find his place in the world” and as “very much an alien, one struggling to adjust to his adopted home.” In fact, according to DC Comics, Superman will actually be “more Kal-El from the planet Krypton than Clark Kent from Kansas.” 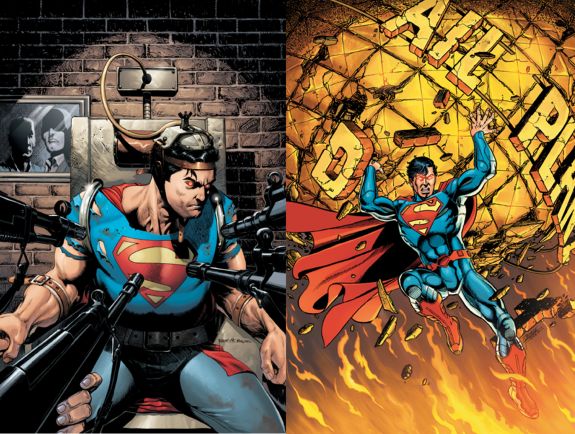 The ongoing Superman titled comic book will tell the story of the present day Superman, but he is still going to be portrayed as “younger, brasher and more brooding.” This present day Superman will already be wearing his battle armor costume, and he will not be married to an earth woman. The marriage of Superman and Lois Lane will not exist in the new DC Universe.

So basically the new Superman will be a brooding loner whose parents are dead and who has never been married. He prefers wearing battle armor over jeans and t-shirts. Does anyone else think he sort of sounds like that creepy next door neighbor who everyone thinks is a serial killer?