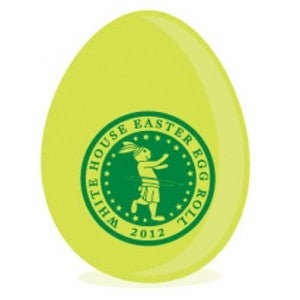 and The Amazing Spider-Man might be on their way to theaters this summer, but they have another important stop coming up first. Yes, several members of the Avengers and Spider-Man will be making an appearance at the White House to take part in the 2012 White House Easter Egg Roll. According to Marvel Comics, several Marvel Super Heroes are scheduled to appear, among them Spider-Man, Iron Man, Thor, and Captain America. Hulk wasn't specifically mentioned in the press release from Marvel, so perhaps they are keeping him away out of fear that he might smash all the eggs. Keep in mind, we're not talking about the actors that play the Avengers and Spider-Man in the movies, but rather just other people wearing the popular Marvel costumes. The Marvel characters will participate in a meet and greet with the kids at the event. The 2012 Easter Egg Roll takes place on the South Lawn of the White House on Monday, April 9. This year's event is focused on promoting health and wellness. The theme is "Let's Go, Let's Play, Let's Move!" Besides meeting Marvel Super Heroes, other activities will include sports courts, dancing and cooking. These activities are all part of the First Lady's Let's Move! initiative, a national campaign to combat childhood obesity. The White House is anticipating more than 30,000 people to take part in the 134th annual White House Easter Egg Roll. Souvenir White House Easter eggs including a First Dog Bo egg are available to view or purchase at www.easter.nationalparks.org. More information on the Easter Egg Roll is available at www.whitehouse.gov/eastereggroll.