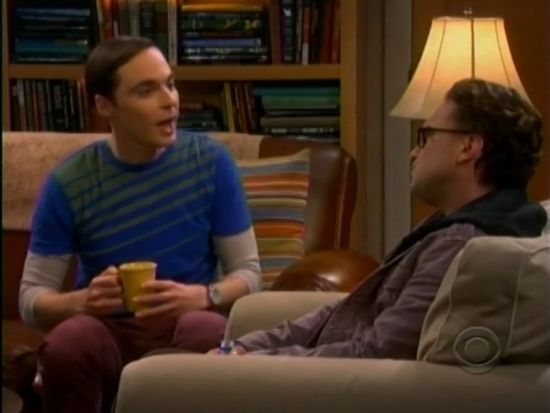 Last week on The Big Bang Theory, Sheldon Cooper quoted from the first Spider-Man movie to salvage his relationship with Amy Farrah Fowler. This week, it was Leonard Hofstadter having relationship issues, only he didn’t realize it. Amy spilled the beans to Sheldon that Penny was having second thoughts about her relationship with Leonard.

In an effort to get Leonard to see other people, Sheldon evoked the recent Incredible Hulk casting change by Marvel Studios. Sheldon said, “Do you remember how upset I was when they replaced Edward Norton as the Hulk?” Leonard replied, “Yes, you walked around for weeks saying ‘Sheldon unhappy with casting choice.’” Sheldon continued, “But, then Mark Ruffalo was the Hulk in The Avengers, and he was even better.”

Then, Leonard asked, “What’s your point?” Sheldon responded, “Call me a romantic. I like to think that your Mark Ruffalo is still out there somewhere.” Well said, Sheldon. We couldn’t agree more.

The Big Bang Theory Weighs In On Hulk Casting Change