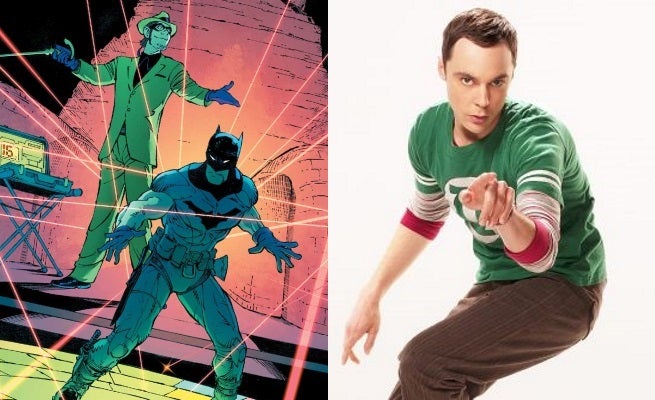 Jim Parsons, best known for his Emmy-winning role as Sheldon Cooper on The Big Bang Theory, is currently promoting his new animated film, Home. While on the press tour, Parsons was asked other potential movie roles, specifically one in the superhero genre.

"I would love to play a superhero in a movie," Parsons tells MTV. "I would like to be a villain. And…I would really like to play The Riddler. I don't feel they're using the Riddler very much, are they?"

Warner Bros. is currently using the Riddler on television as part of Gotham, where a pre-persona Edward Nygma is played by Cory Michael Smith. The Riddler was last used in film in 1995's Batman Forever, played by Jim Carrey.

The Riddler has seen a rise in prominence as part of Batman's rogues' gallery recently. He was a major antagonist in Scott Snyder and Greg Capullo's Zero Year storyline, and has been used in each of the Batman Arkham video games. Perhaps a call back to film is in order.

Top AEW Prospect Shoots Down Idea of Working for WWE

Steam Deck Buyers Get Even More Good News From Valve