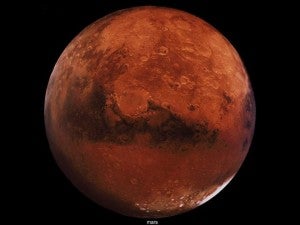 creator Bruno Heller and executive producer Tom Szentgyorgyi have sold a "Western/sci-fi drama" titled Red to The CW. That might be problematic for Lionsgate, who had discussed their interest in developing a number of their film properties, including Sylvester Stallone's The Expendables and comic book adaptation RED, into TV series, but that's looking way down the line. Deadline reports that the Red pilot, written by Szentgyorgyi, is a neo-Western drama about the first human settlement on Mars and life on this new frontier, centering on the relationships between the town's female sheriff, a doctor and a criminal. The CW, fresh off a huge hit with Arrow, is looking like one of the best places to go for genre TV these days; they have Arrow, The Vampire Diaries, Supernatural and more--plus The Flash and Red coming soon.

The CW Buys Sci-Fi Drama From The Mentalist Producers