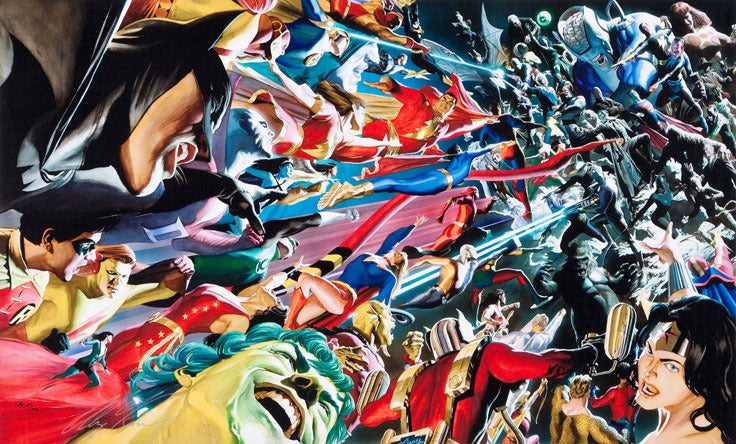 The CW's DC Comics Universe may expand to a third television series.

In an interview with "BuzzFeed," CW president Mark Pedowitz teased that the studio is looking at possible DC characters to headline another superhero show.

"There are discussions going on," Pedowitz told BuzzFeed, "but I can't tell you what they are."

One discussion that's safe to bet on is Firestorm, who will appear in the first season of The Flash. And it won't just be alter-ego Ronnie Raymond who appears on the show. Firestorm actor Robbie Amell confirmed last month that he would indeed transform in the nuclear-powered superhero, flaming head and all. The Flash's producers have also implied that, if done right, Firestorm and Amell were compelling enough to warrant their own series.

Other candidates might include Hourman and Amazon, two DC Comics properties that Warner Bros. has confirmed development on. The Flash producer Andrew Kreisberg has also written, and is supposedly producing, a Booster Gold pilot for Syfy. Whether these two characters would exist alongside The Flash and Arrow, or in their own universe like Gotham, has yet to be answered.

But if The Flash's record-setting series premiere ratings are any indication, The CW must feel rather tempted to produce another high-quality superhero show.