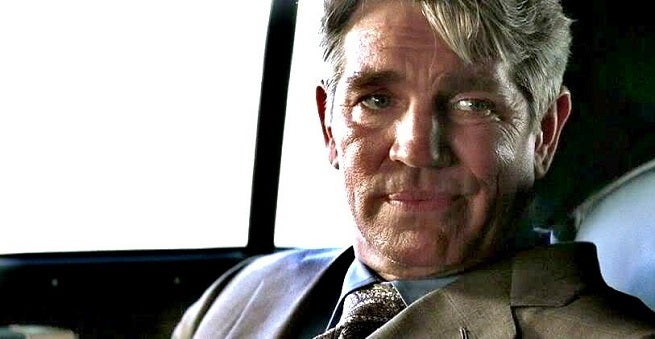 During a new interview on the Tony Tone podcast in support of Inherent Vice this week, veteran character actor Eric Roberts expresses his confidence in Ben Affleck as Batman in Batman V Superman: Dawn of Justice in 2016.

"Of course it will [be good]," Roberts said of Batman V Superman. And [Affleck] is a wonderful actor, he'll be great in it. Of course, he'll be different from Christian [Bale] but he'll be great It'll be a lot of fun to watch, but it'll be a new franchise again. It'll be a new series. It'll have a different backbone to it because it'll be another director and another actor, but it'll still be fun. It's Batman, dude! It'll be fun."

Roberts, who has voiced a number of animated characters over the years including some Superman characters, said he'd love to appear in a sequel down the line.

"That was one of the coolest experience I ever has because of where we shot it. We shot all the Chicago stuff in Chicago but then we shot all the other stuff that was in Gotham City old at the old blimp hangar about thirty miles north of London," Roberts said of his experience on The Dark Knight. "You walk in there and it's about three football fields wide and about three stories tall, and it's all Gotham City. And if you're a movie geek, which I am, it's Heaven, dude. It's so cool! That's where they have it all shot, and it was so much fun to drive that half an hour out of London every morning and to work there."

Roberts appears in Inherent Vice, out this week, in which he'll star with Batman V Superman: Dawn of Justice's Jena Malone and Guardians of the Galaxy's Josh Brolin.