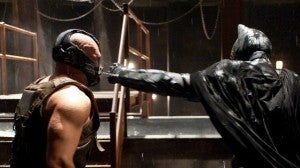 Sometimes you get a great idea, but somebody else has already done it.

We were just about to scour the Internet, gathering up all of the available special features from The Dark Knight Rises Blu-ray and DVD--but io9 did it for us.

Since we can still bring the material to our readers, we have a hard time feeling bad about not having to do the legwork.

You can check out a ton of Bane concept art, which we've looked at before but there are at least one or two new images, below. 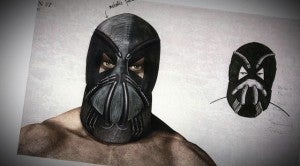 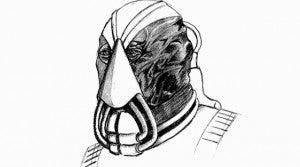 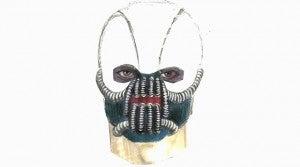 There's another gallery--of the first of the two big Batman-Bane fights--at Flicks and Bits, but we're not going to embed that, since we've already run most of those images before.

There are a series of mini-documentaries below, too...

The Dark Knight Rises was directed by Christopher Nolan, and starred Christian Bale as Bruce Wayne/Batman, Joseph Gordon Levitt as John Blake, Gary Oldman as Gotham City Police Commissioner Jim Gordon, Anne Hathaway as Selina Kyle and Tom Hardy as Bane. It will be available on Blu-ray and DVD December 4.

The Dark Knight Rises: A Taste of the Special Features