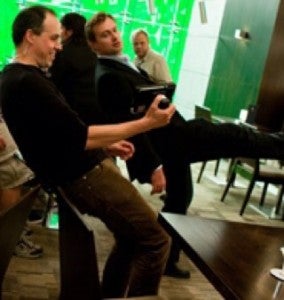 Paul Franklin, the visual effects supervisor for The Dark Knight Rises, tweeted yesterday that his job is done and "it's all done bar the shouting."

Given that the film has already been rated, it's likely safe to assume that the actual content editing was already finished and that visual effects/special effects' completion marks the final cut of the movie and that it's ready to be screened in its entirety. Up until now, only rough cuts had been shown to insiders and studio heads.

The Dark Knight Rises--now with special effects!--will be in theaters July 20th.