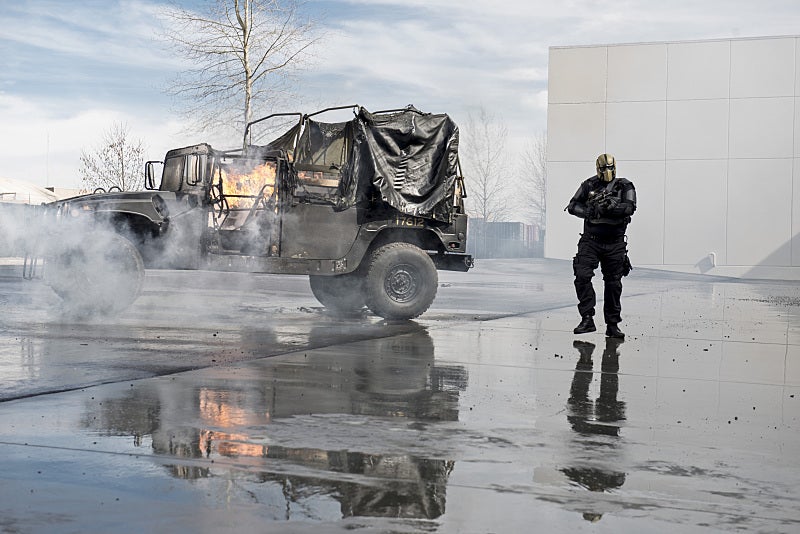 Tonight's episode of The Flash on The CW was pretty chock full of DC lore -- and a long-awaited villain.

We're running late, though, so we'll just get right to it.

Who is that masked man?

General Eiling, seen here as a pawn of Grodd, had previously appeared as an antagonistic foil to Harrison Wells.

In the comics, though, he turned into a giant, toothed monster.

"To be honest with you, I never liked what happened to Eiling in the comic books. I liked his character before all that nonsense happened," actor Clancy Brown told us back in November. "It's like Thunderbolt Ross -- I don't like that he necessarily turned into the Red Hulk but it was sort of the way the narrative had to go. The Red Hulk and Thunderbolt Ross exist perfectly well exclusive of each other and I think that Eiling turning into...what did he become in the comics? Some kind of Nazi-werewolf nonsense? I don't think that's relevant these days."

They did find a new way to integrate The General into the show, though...!

...And, Iris just walks right in to see Team Flash.

Seriously -- S.T.A.R. Labs comes in second only to the Foundry for people just waltzing in whenever the hell they want to. How can they possibly get away with having a basement full of dangerous lunatics when people can come and go at will up top?

Yet another hat-tip to the city of Green Lantern's birth.

...And a hat-tip to the classic James Bond film of that name. See also C.H.U.D. And Jurassic Park. King Kong. Planet of the Apes. Cisco's pop culture references really spiked this week.

The organization where Amanda Waller, John Diggle and Lyla Michaels either work or have worked on Arrow.

Gorilla Grodd has been referenced enough times on the series, that it doesn't feel like the psychic-and-sometimes-speed-powered primate really merits showing up on the list. It's not hidden, it's not different than the last few times.

BUT he's also the week's villain, so it should be at least noted here.

...Yeah. This is classic Arrow Season One Laurel territory here. 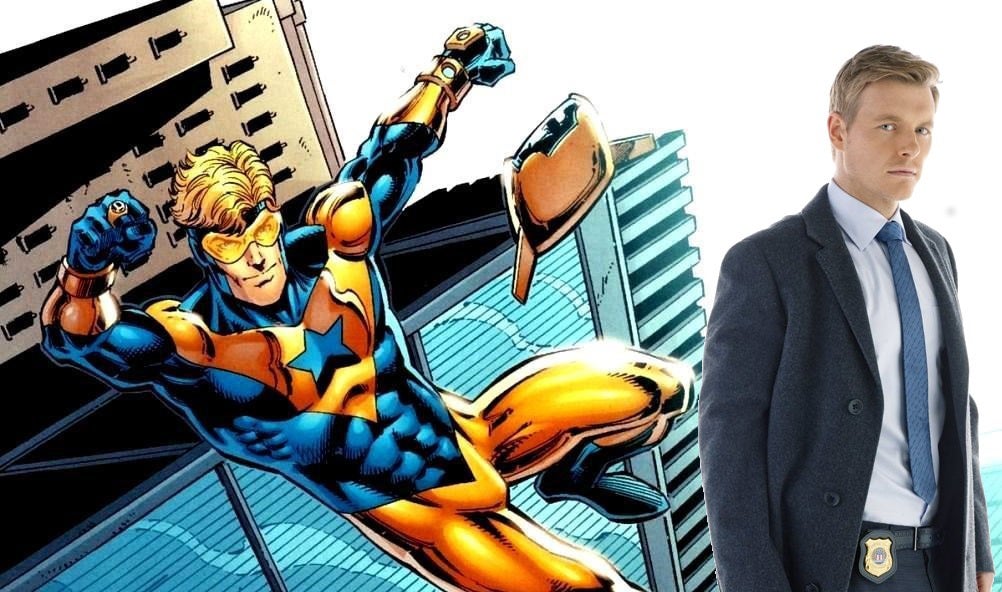 When Wells tells Thawne that he's "the only Thawne to be all but forgotten by history," it reminded me of the following quote about time-traveling superhero Booster Gold:

"No one is sure of the exact moment the Carter Family began the amazing Time Masters, but it's thought to have dated back to at least the early 21st Century. From that moment on, the members of the Carter Family took on the responsibility of policing and protecting all of history against those that would exploit it. There was only one 'black sheep' of the Carter Family in the last two thousand years. A young man from the 25th Century who went by the name 'Booster Gold.' He is the only documented Carter to have ever been a fraud, a failure and a fool. That's why historians like myself find it remarkable that in all recorded images, Booster Gold had a smile on his face. Perhaps he was stupid as well."

Taken from Booster Gold #1,000,000 by writers Geoff Johns and Jeff Katz, that was the final issue of their year-long run, in which they established Booster Gold as someone who has played the "glory hound" card for years in order to hide his true nature as a Time Master. He is, in fact, monumentally important to the Carter family legacy and if villains were to know that, Booster could be killed in his crib.

Since the line is so similar, and Johns is an executive producer on The Flash, I have to wonder: could Eddie have something truly remarkable coming up on the horizon, which he and The Flash work to keep hidden from history?

We can't actually see a giant gorilla scaling a tall building without thinking of King Kong, can we?