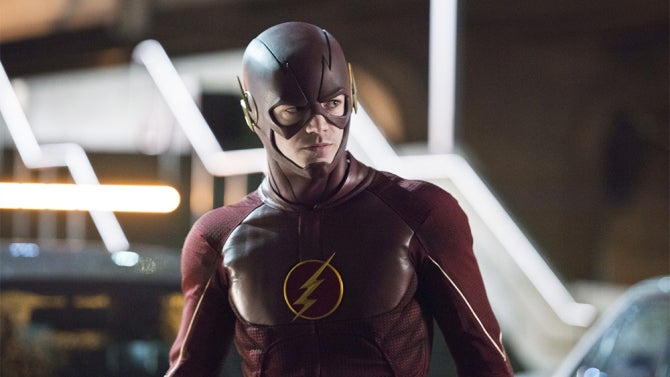 The Flash's cast continues to grow as it races toward a second season.

After yesterday's report that The Flash would add a new romantic interest in the vein of Arrow's Felicity Smoak, it's now rumored that a new hero may hit Central City.

As TVLine is reporting, The Flash's creators are casting a "square-jawed hero in his 30 to 40s." This mystery man, who would stick around for the entire season, would also be slightly cynical and have an "edge" about him. So, who in the DC Universe might fit that bill? The casting call cites the roll as "John Clark," who's actually an old-time letterer at DC Comics.

But the cheeky reference might offer some hints. Clark has covered several heroes during his DC career, but the ones who could match the description include Geoforce, Hawkman (remember, Hawkgirl will be in Legends of Tomorrow), Doctor Fate, The Spectre, and other Justice Society characters. We did see that Jay Garrick Flash helmet in the Flash's season finale, so perhaps the series is looking for an Earth 2 character?

Stay tuned to ComicBook.com for more Flash Season Two updates as they develop .

The Flash returns to The CW this fall.

The Flash Is Casting A New Hero For Season 2

One Piece: Red on Track to Become Biggest Movie of The Franchise