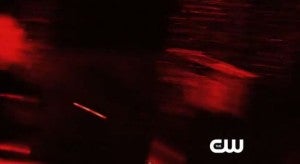 Earlier today, Comicbook.com brought you the first look at the Flash in the upcoming season of Arrow, which was actually just a big red blur that The CW inserted in their most recent promo as a tease for fans. As we mentioned, the role of the Flash has not officially been cast yet, but it looks like that will change soon.

Entertainment Weekly asked Arrow executive producer Andrew Kreisberg about the Flash casting earlier today. “We’ll have to have somebody by Sept. 30, which is when we start shooting [his first] episode. So there is that timeline,” said Kreisberg. “But it’s been a really exciting process just getting to meet so many fantastic actors and seeing the enthusiasm that so many people around town have for the character. It’s just amazing — I have pictures of myself at age 4 holding a Flash and a Superman doll. That I’m sitting here writing the Flash and Green Arrow now, it’s more than my little nerd heart can bear sometimes.”

The Flash will appear in three different Season 2 episodes of Arrow, before hopefully running into his own spin-off series. Arrow Season 2 premieres on The CW on Wednesday, October 9, 2013 at 8 PM ET.

The Flash Will Be Cast On Arrow By September 30th