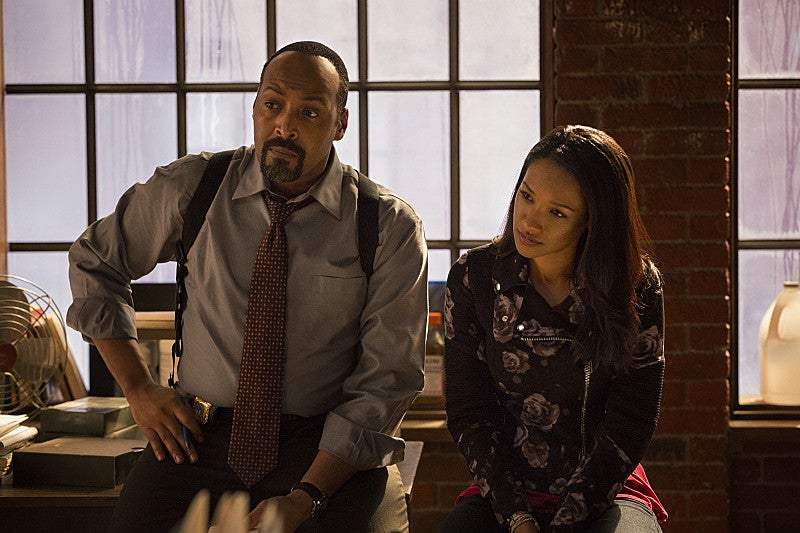 The CW has released a new interview clip, featuring The Flash's Candice Patton talking about the three-way dynamic between her character Iris West, her boyfriend Eddie Thawne (played by Rick Cosnett) and her father, played by Jesse L. Martin.

"She's found some romantic interest in Eddie Thawne, a detective working in the precinct with her father," explains Patton in the featurette below, and Cosnett chimes in to add that their relationship is "quite beautiful."