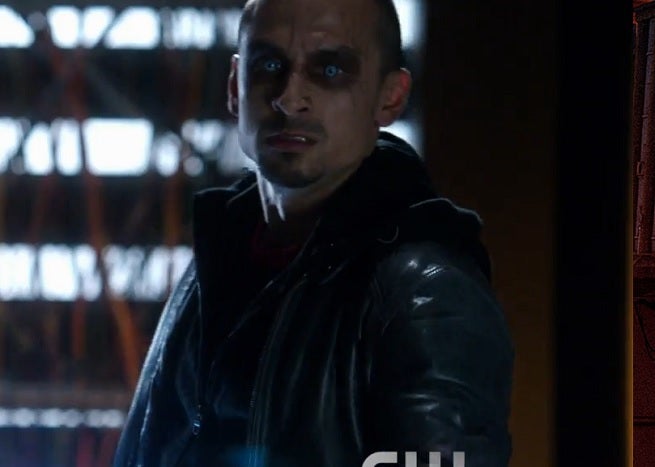 Tonight's episode of The Flash will see Barry squaring off against Farooq -- a character introduced by Geoff Johns during the Flashpoint event miniseries and one of a few DC characters to go by the name of Blackout.

Farooq, as played by guest star Michael Reventar, is a character who gained his powers in a kind of reflection of Barry's experience; climbing to the top of a radio tower to see the S.T.A.R. Labs particle accelerator switched on, the lightning storm that resulted from its explosion gave him powers but killed friends who had come with him.

Now, he has electricity-based powers, but like a vampire, he must feed off of electrical energy in order to sustain himself, making Barry -- what with his seemingliy boundless speed energy -- a perfect target along Farooq's path to revenge on Harrison Wells for his friends' deaths.

Reventar joined ComicBook.com to talk about the episode. 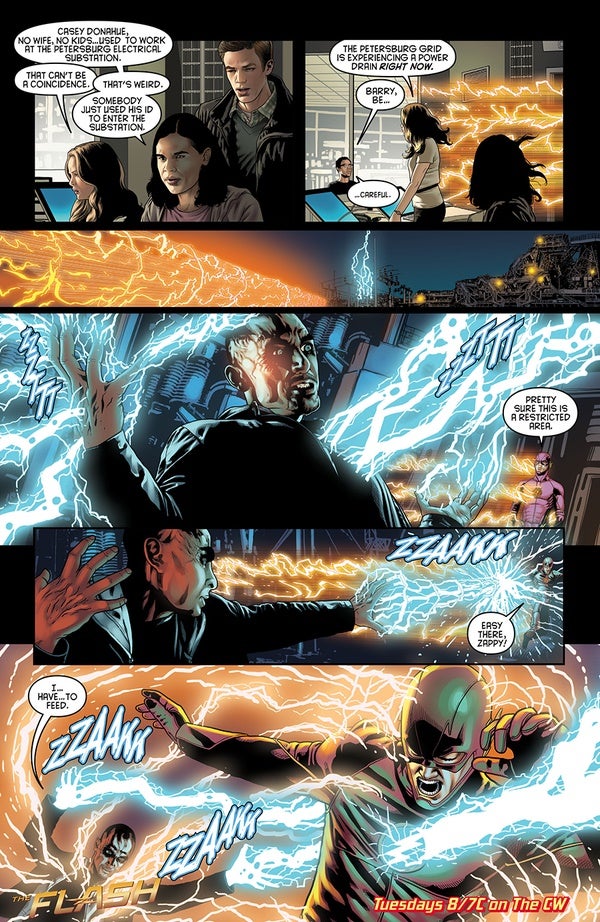 This is a weird character for us comic book people; we usually know a lot more going in. Did you get a chance to talk to Geoff Johns about his intent?

No, it ended up so quick! I ended up self-taping in Toronto and within six hours of submitting it, I got the role and within forty-eight hours of that, I ended up on set. It happened in a flash, and it was perfect timing. Where I got my input was from the writer. Grainne Godfree, one of the writers, was there for the shoot and she got to see her baby getting made, and she was able to prep me.

I did my due dilligence online, and spoke to some really good fanboys who are good friends of mine and it was amazing to find somebody in the world, but that isn't so completely explored. There were no definitive attributes that I had to hold fast to and I could in a sense make him what I envisioned. They gave me that freedom on set and that's one of the reasons they might have even chosen him to introduce as a villain. You have that reference point, but I think you can grow from there.

How did you approach building the character?

It's on the page. As soon as I knew the writer was on the set, I was in her ear, asking all these questions. Why did he do that? Where did he go? He was in a coma for six months, but how did he come out of it? And she just looked at me and smiled and said, "I love that you're asking this." For me, it's just playing truth. I wanted to explore but to hold fast to the truth that we know of him.

What's amazing is the way he's introduced; Farooq is this carefree, fun-loving young man who's climbing a 65-foot transmission tower becuase he has to see the particle accelerator turned on. It's raining, and he's got two friends on the ground who are the voice of reason, they're telling him to come down and he doesn't -- and like all wise men, he stays up there after it explodes and then he ends up getting hit by lightning. His friends die and he appears almost a year later looking for Harrison Wells. He finds out, because he's been shunned in the scientific community and it's covered through the media, that Dr. Wells is responsible for this explosion, therefore he's responsible for the deaths of Farooq's friends. 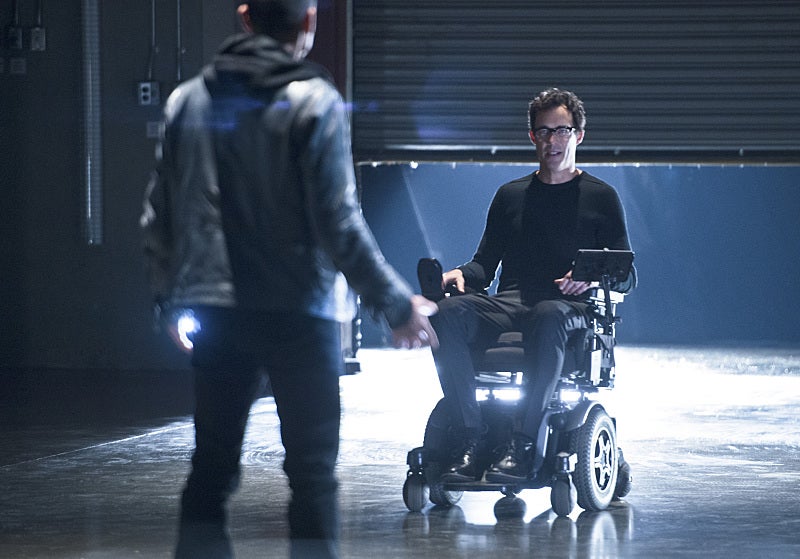 I feel like up until now, the antagonists in the series have been so happy to have the power; you're the first person who feels like you really embody Wells' disgrace onscreen.

You hit it absolutely. Blackout is referred to as an "electrical vampire" and my interpretation of that is that he's cursed with the urge to drink electricity. We know that's true because later on in the episode, a character that you would not think extends an olive branch to Blackout and says, "We can help you."

He's stuck. He's in this place; he's been created and he's been born. Another cool thing with him which we haven't done with the other metahumans is that we get into his personal story and you see the man behind the monster and I think that was kind of fun. We all know what it is to not want to do something and then find ourselves still doing it. So imagine that, and your problem is that you have this rage and that you shoot electricity and you don't want to. [Laughs]

Did you talk about the nature of his powers? The comic book people, we see the ad and you're able to manipulate Barry's speed, and we wonder, is that the first sign of the speed force?

Yes [we discussed it]. I'd have to say that just like you, while filming, I was hoping and I was asking questions: Can I do this? Can I do this? Can we try this? The only limits they really gave were the ones from the limits of time and filming. Time and money. But it was a great introduction to what he can do. He is in full force, he has this crazy power and I'll tell you truthfully, when I put my head on the power, I'm still dreaming of ways to throw electricity and what he can do with it and how to control it. It's out of my mind; the possibilities are endless.

This is a character who isn't all that well-defined which frees you from some constraints; did you play him a little more sympathetic as a result?

Absolutely. That can be intimidating sometimes but for me, I loved it to get inside the character, in his mind, see what he's all about and bring it out and make him a force. The director, Larry Shaw, said he was told three words by the producers: heart, hero and spectacle. Those are the three things they wanted to capture in Episode 7. My character helps to serve the latter, the spectacle. On set, there's a lot of times we referenced Jurassic Park and that feeling of the raptors hunting them. The hunt comes close to home; it actually happens in S.T.A.R. Labs.

We've seen you with Tom. How was it playing off of him? He's the character everybody's been watching lately.

Yeah, absolutely. There's so many layers to him, it's incredible. The first thing when I got to set, the rest of the cast was telling me about Tom's performance. They said, when you're opposite him, you're going to see...there's thing that he's been doing over the last couple of episodes that they know when they watch them back, it's still going to surprise them what he reveals. You don't know it at the time, but you see it. So that's the mark of an incredible actor, how dynamic he is. He's more than two-dimensional. There's so much going on with him. If everyone's excited right now with what they're tasting, just wait until things start to really unfold.

We know that you've bounced off of Tom and Grant. Are there any other relationships you'd like to expolore with Farooq?

You know what? Right now, I'd have to say the majority of his interaction was with those two and it was so key. One was the object of his wrath and the other had the heart and the bravery to get in front of that wrath. Beyond that, we don't know but it's exciting to see how it's going to unfold.