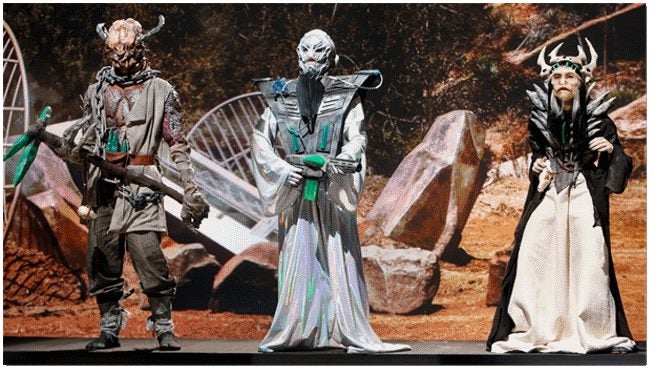 SyFy has released a sneak peek at the next episode of Face Off, the reality competition series about costume and special effects crafting.

The episode, titled "Let the Game Begins," features The Hunger Games star Josh Hutcherson as a guest judge. The competition will challenge contestants to create characters from a dystopian sci-fi future.

Check out the preview below. The episode will air Tuesday at 9 p.m. ET on SyFy.

Josh Hutcherson will help determine which Face Off contestant wins the next elimination challenge. May the odds be ever in their favor! A new episode of Face Off airs Tuesday at 9/8c.